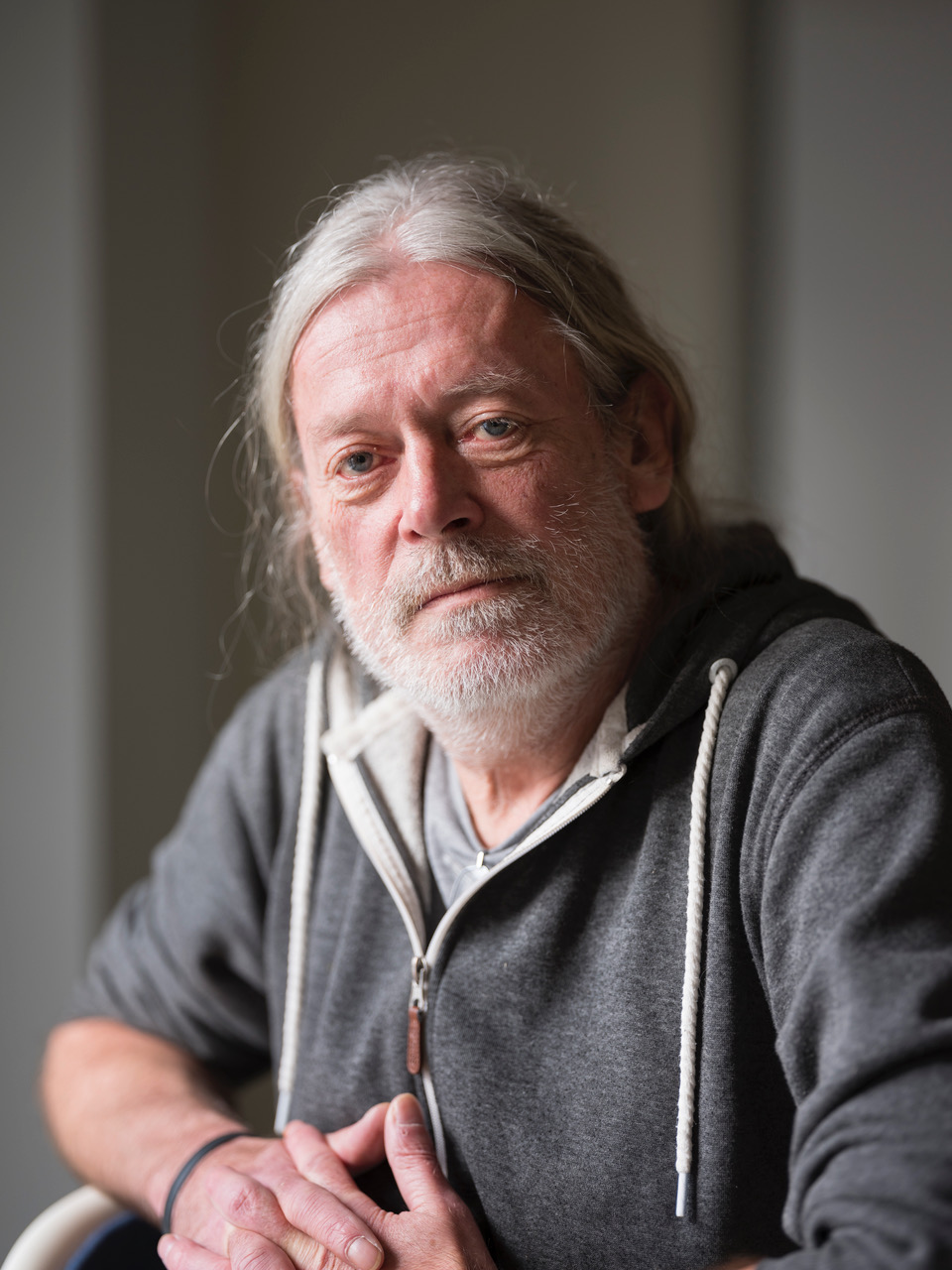 Harald Hauswald was born in Radebeul in 1954, the son of a photography technician, a profession he took vocational training for in 1970–71. However, he soon after left the field, taking on various jobs in construction and providing technical support for the rock band Bürkholz-Formation. However, in 1974 after completing his military service (1973–74), he worked in the photography services department at the Dresden Technical University. He restarted his professional training as a photographer, earning his apprenticeship qualification in 1976. For personal reasons, he moved to East Berlin where he has lived since 1978.

After moving into the Prenzlauer Berg neighbourhood he took on various jobs. It was his work as a mail carrier that allowed him to venture through the city and capture various moments of everyday life. As he was not a state-approved photographer, his snapshots showed the GDR through his personal point of view. He documented a reality that was neither planned or approved of by the ruling Socialist Unity Party (SED). His work instead shattered the carefully arranged image that the SED attempted to create through propaganda. Hauswald fell under Stasi surveillance as early as 1977 under the codename der Radfahrer (the cyclist). Up until the end of the regime, there were almost 35 registered Stasi collaborators documented as having spied on him.

Once settled in East Berlin, Hauswald emerged as part of the alternative creative scene, participating in various photography exhibitions in private apartments, churches, and youth centres. From 1980 he was employed as a photographer for the charitable Stephanus Foundation. Soon after, a series of collaborations with GEO, Stern, ZEITmagazin, and Merian followed. The photographer managed to publish his first book East-Berlin in 1987, although in West Germany. It was only in 1988 that his photos were published in the GDR together with the magazines Sonntag and Das Magazin.

During the 1980s, Hauswald also worked as photography technician for the German Theater. Towards the end of the regime, Hauswald collaborated as a freelancer with the German Film Association (DEFA) and additional theatres. It was only in 1989 that he joined the Union of Artists of the GDR.
Soon after the German reunification of 1990, Hauswald co-founded the photography agency OSTKREUZ in Berlin. Ever since, he has contributed to various publications, exhibitions, nationally and internationally. In 1997 Harald Hauswald was awarded the Order of Merit of the Federal Republic of Germany and in 2006 received the Civil Prize for the German Reunification.