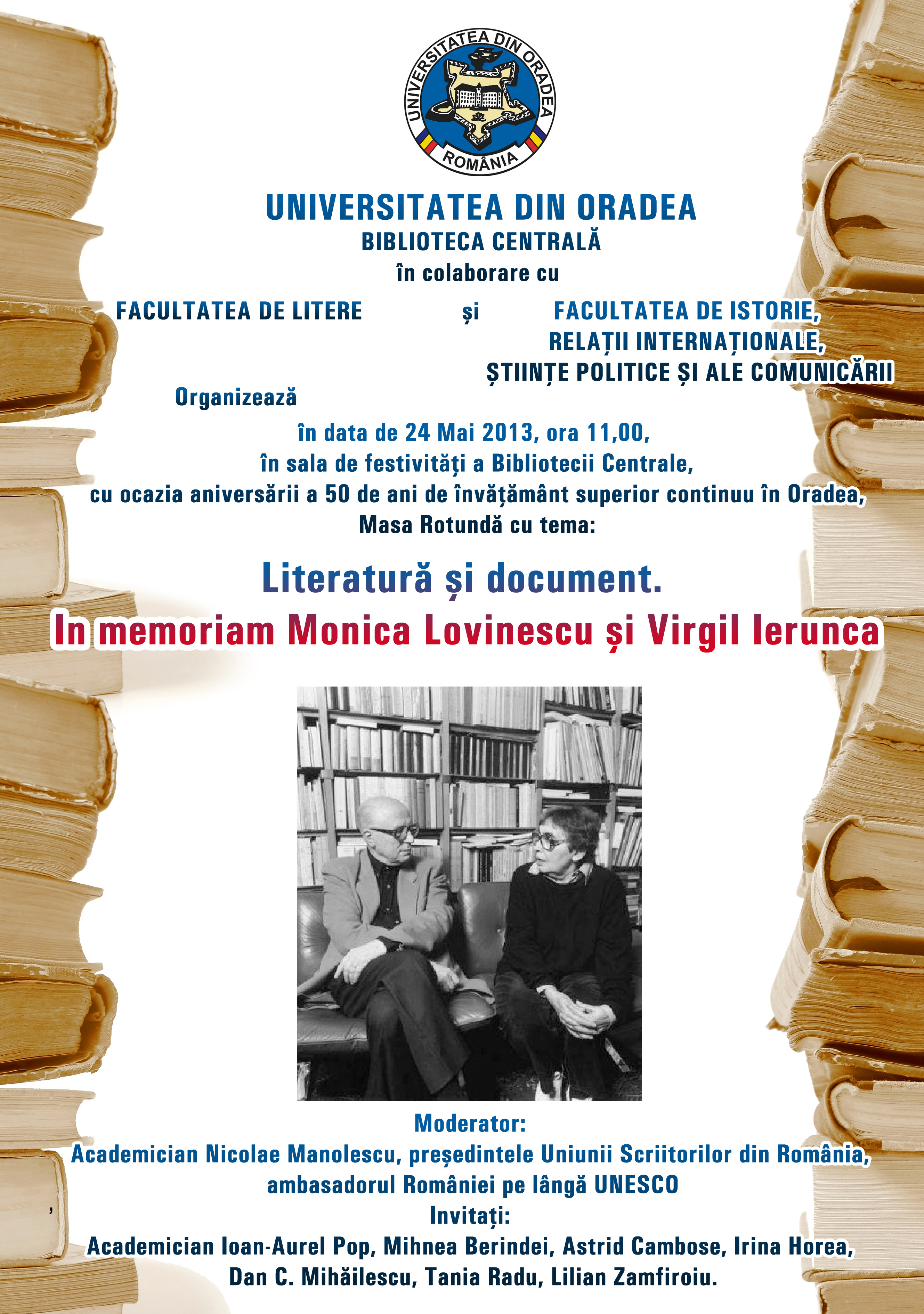 In the context of the fiftieth anniversary of the University of Oradea, the Faculty of Letters and the Faculty of History, International Relations, Political Sciences, and Communication in partnership with the University Library organised on 24 May 2013 a round-table discussion under the title “Literature and document” in the memory of Monica Lovinescu and Virgil Ierunca. The event moderator was Nicolae Manolescu and the among the guests were Lilian Zamfiroiu and Mihnea Berindei, the other two personalities involved in the donation of the Monica Lovinescu and Virgil Ierunca Collection to Oradea University Library.

The speakers told the audience about the circumstances in which the collection reached Oradea in the spring of 2010 and the role of the two collectors in supporting Romanian intellectual dissidents and their cultural opposition to the communist regime. Consequently, one of the speakers remembered the conditions in which the truck from Romania managed to reach and park outside Lovinescu and Ierunca’s house on a narrow street in Paris, how the books were loaded into the truck, and the long way from Paris to Oradea. Lilian Zamfiroiu spoke about his role in facilitating the donation to the University Library due to his privileged relation with Nicolae Manolescu, as he thought it would be a wonderful present for the new headquarters of the library. Nicolae Manolescu and Mihnea Berindei focused on the activity of Monica Lovinescu and Virgil Ierunca at RFE and stressed their invaluable support for Romanian dissidents and their contribution to undermining communist rule with the force of their words and moral encouragements for those who chose “to live in truth” (Editorial Jurnal bihorean 2013, 2).