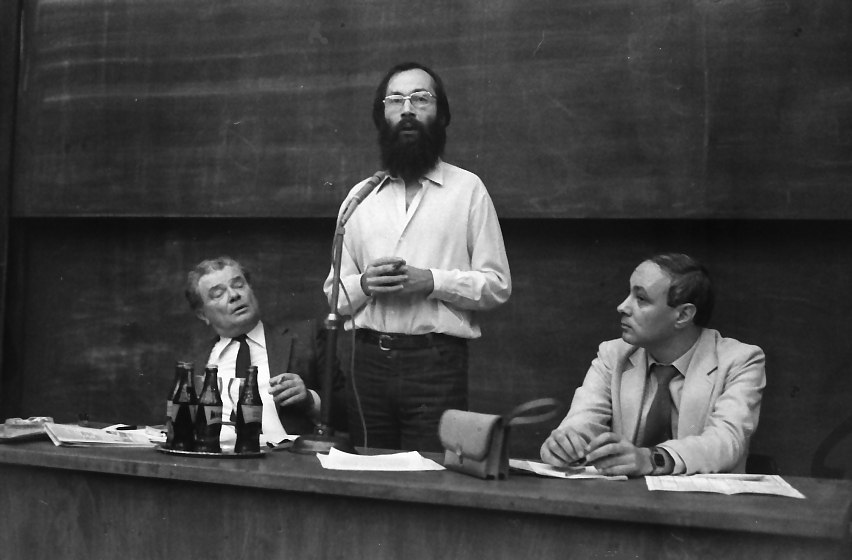 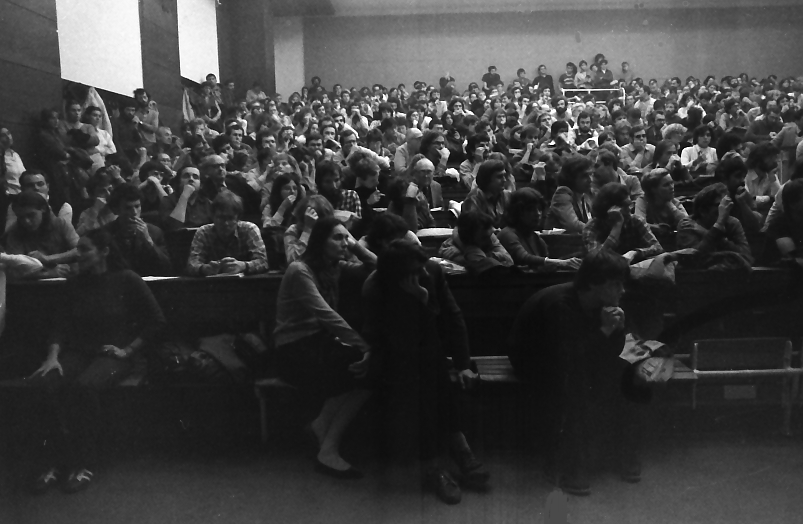 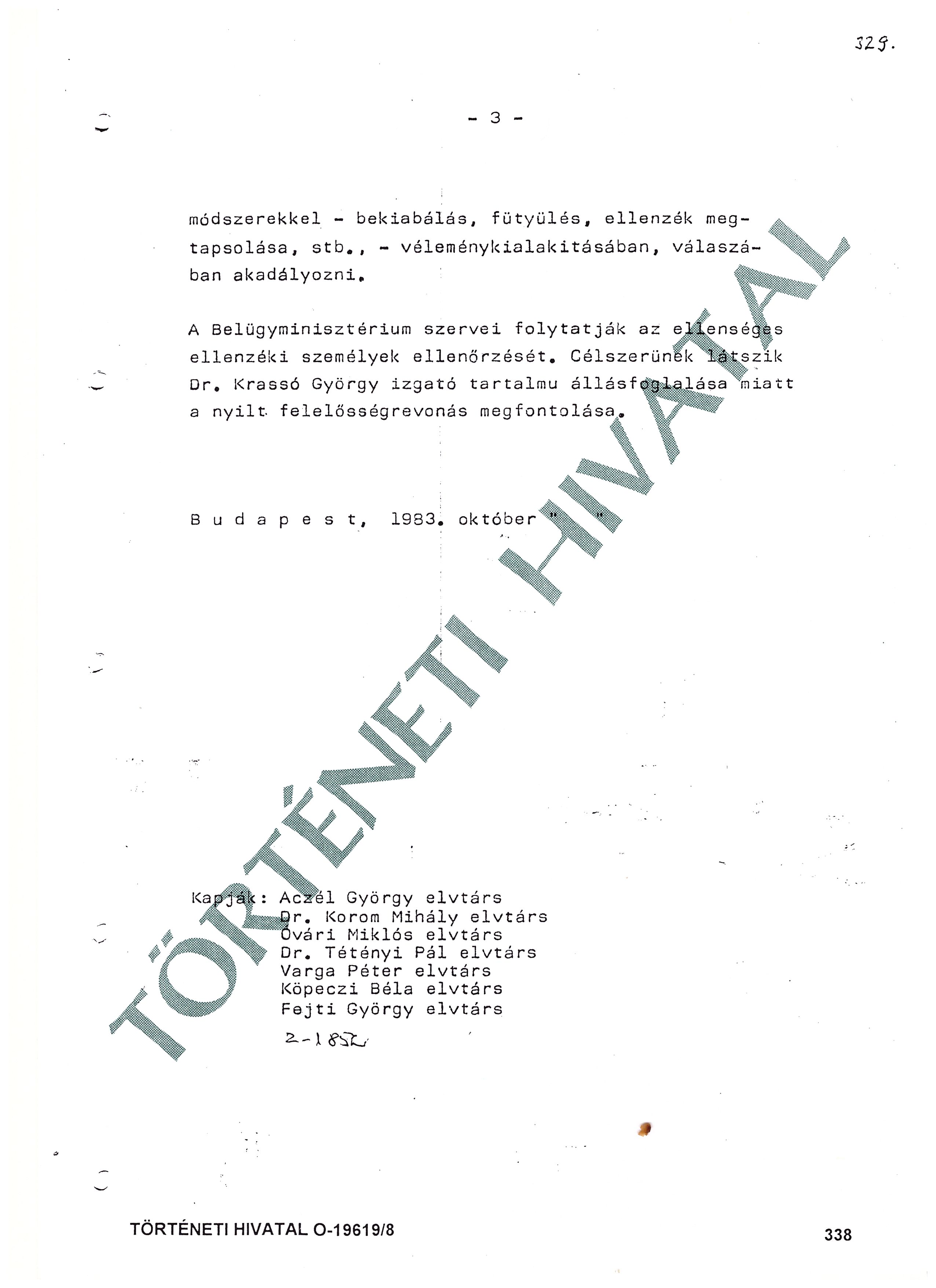 On the 28th of October 1983, there evolved a stormy public debate at the Faculty of Law, ELTE Budapest, about the scandalous case of “World in Move” between the official speaker of the event, the Deputy Minister of Cultural Affairs, Dezső Tóth, and the audience of some 600 students and young intellectuals. By that time the chief editor Ferenc Kulin had been replaced for more than a month, and the whole editorial staff of the journal resigned in demonstration, and the Budapest students protested with a large-scale signature collecting action.

The debate, which lasted nearly four hours, was intended to be held as a routine procedural event of the Youth Press Festival. However, due to its enflamed topics, the Hungarian Broadcast of Radio Free Europe in Munich also reported on the program, and the emigre press Irodalmi Újság – Gazette Litteraire Hongrois later on published lengthy details of the recorded speeches. The main issues of the evening were: the misdeeds of censorship, and lack of freedom of press and democracy. The paper sheets of the collected student signatures were passed by Ferenc Langmár to the deputy minister with the noisy ovation of the audience. Among the speakers there were some well-known activists of the Hungarian democratic opposition, like the philosopher Gáspár Miklós Tamás, who ended his speech by saying: “We do not desire scandal, but liberty!”

The editor of “World in Move,” Mária Helle, documented that famous evening with a number of photographs, and the Ministry of Interior did too, preparing a report for the party leadership; a secret document has survived at the Historical Archives of the State Security Services (ÁBTL).