Title-page of samizdat Another problems of population regulation 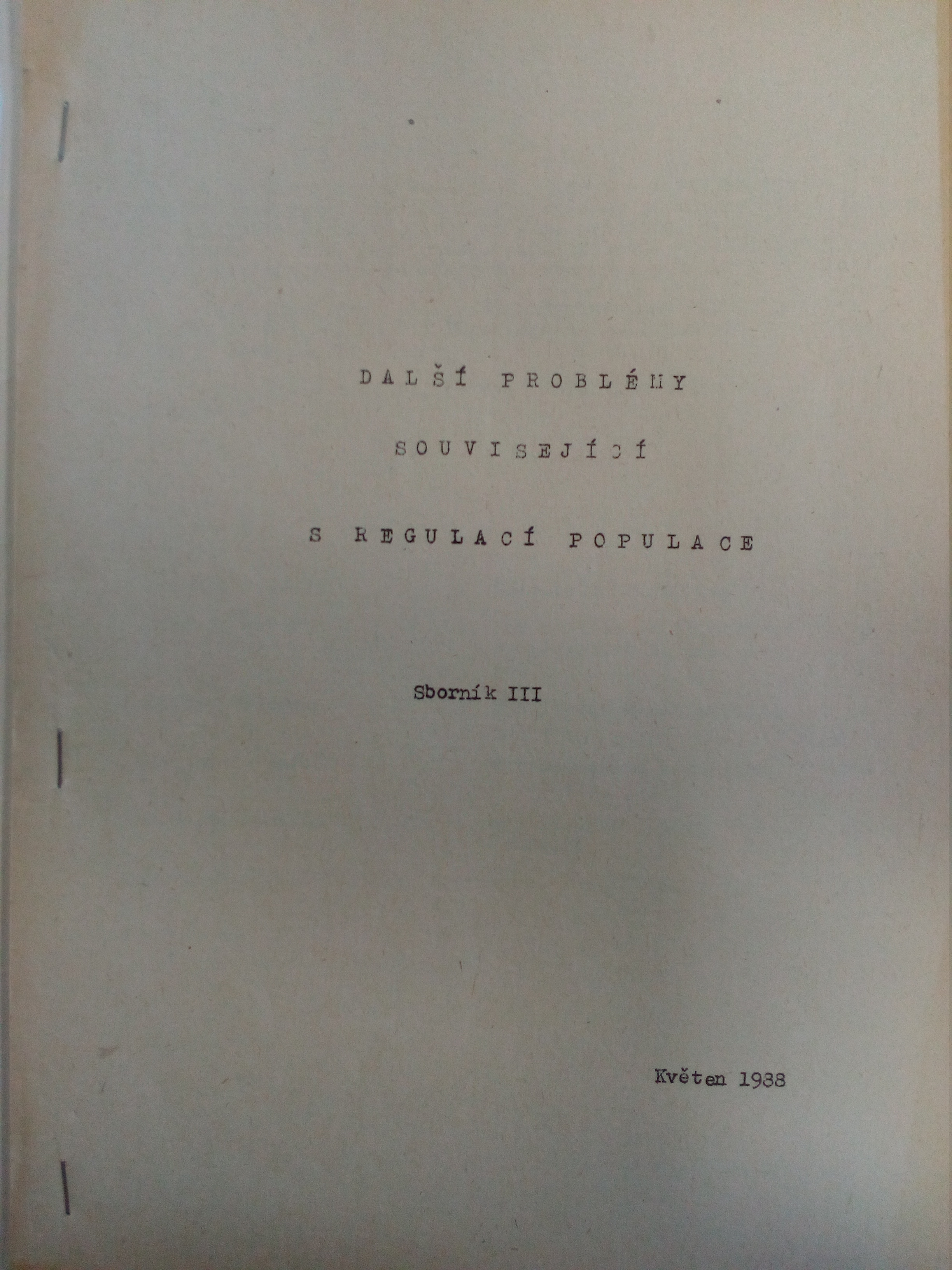 Front-page of the samizdat Další problémy souvisejíci s regulací populace [Further problems concerning the regulation of the population]. The Krumpholc printer released not only periodical samizdat but also almanacs or various lectures. The front-pages of periodical samizdats usually included the content of the issue.
Samizdats were inspired many times by international publications. In this issue the authors state: "Following the previous almanac "Love and Contraception", we are offering you another small textbook about the feminist movement, its aims, methods, and programm, then information about so-called overpopulation of the Earth, contraception, contraceptive mentality, the social impact of contraception, artificial insemination, and the crisis of morality. Our sources were again magazines such as „International Review of Natural Family Planning“ and „Bulletin of the Natural Family Planning“.
This textbook was meant for readers of faith, who interpreted family relations and behaviour through their love of God. E.g. abortion, which is considered by cannonic law as a serious crime, was legalized already in 1957 in the CSSR. The textbook was focused on the moral dimension of such behaviour and actions: "the effort to have their own child led childless married couples to undergo various medical operations or procedures, only to have their own child. We introduce you to ways (of how to have a baby) that are acceptable, from both a medical and moral point of view."