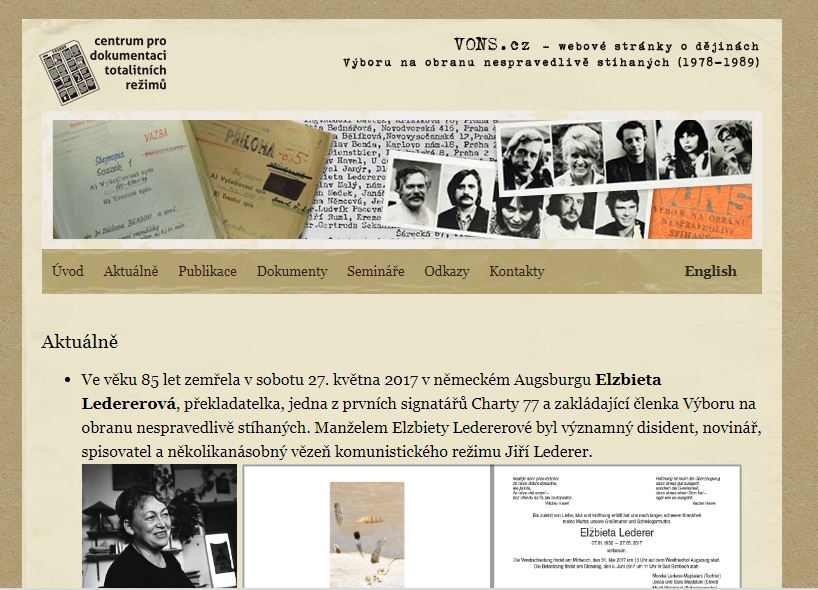 Vons.cz is a unique digital collection of archive materials related to the VONS association, which aimed to track and publish cases of political prisoners and other people persecuted for political reasons. All digitized archives are accessible on the web.