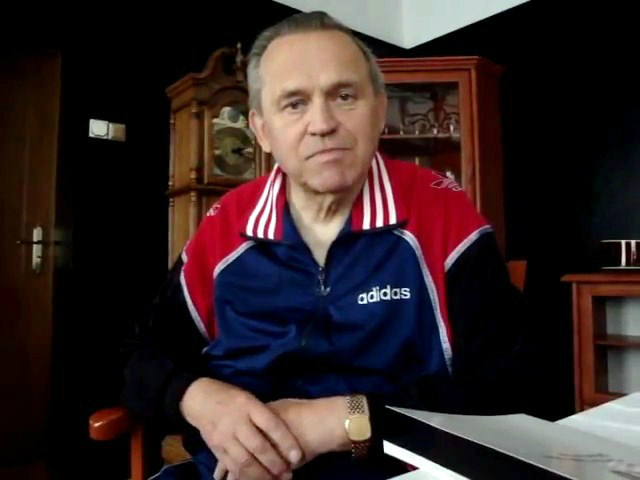 Henryk Jankowski was a Catholic priest, the best known chaplain of the “Solidarity” trade union, to which he was associated from 1980.

He had been ordained to priesthood in 1964 and after serving in two different churches in Gdańsk, in 1970 he became the rector of the saint Bridget in Gdańsk (this parish served also to the Gdańsk Shipyard). Jankowski started to directly support „Solidarity” when he celebrated a mass on 17 August 1980 in Gdańsk Shipyard during the strike. From that day on he showed up there daily in order to celebrate masses and encourage striking shipyard workers. He entered the very close circle of Lech Wałęsa associates. Father Jankowski participated in the First Regional Congress of “Solidarity” in Gdynia in the summer of 1981. According to some testimonies, he mediated between different emerging fractions in the trade movement and tried to mitigate the tension between two main opponents: Lech Wałęsa and Andrzej Gwiazda.

Because of his involvement in the opposition he became the target of Polish secret services. During 1980s he helped the “Solidarity” in Tricity in getting aid (mainly medicines) from American Polonia (Polish diaspora in the United States); he organised summer camps for trade union activists’ children and managed to support financially those oppressed by secret services. Saint Bridget Church and its parish were known as a safe place for Pomeranian opposition in the 1980s. In 1983 Jankowski together with Father Jerzy Popiełuszko (chaplain of Warszawa Steel Mill) co-organised the pilgrimage of “people of work” to Jasna Góra in Częstochowa. Jankowski and Popiełuszko’s activities were one of the best known examples of involvement of the Catholic Church in Polish political opposition. This engagement is still commemorated and used by the “Solidarity” trade union. In the Archives of National Commission of the "Solidarity" Trade Union, artifacts associated to Popiełuszko and Jankowski are still of great importance, according to Archives’ activist Łukasz Grochowski.

According to some, actions of clergyman Jankowski after 1989 cross out his former oppositional heroism. Sketchy businesses, anti-Semitic sermons, cooperation with All-Polish Youth (nationalist, right-wing party), accusations of sexual harassment, introducing politics into church (in Lord’s Graves – traditional representations of Jesus Grave displayed in Poland during Easter holidays) led to the situation, when only the most decisive part of “Solidarity” still celebrates his figure. This firm stand was not changed after the information from the Institute of National Remembrance about priest Jankowski being a contact person for Polish secret service.

Leaving behind the evaluation of priest Jankowski’s character, his biography nevertheless interestingly presents how did opposition activists navigate in changed social conditions after 1989 and how the memory of involvement of Catholic Church in Polish democratic opposition is being preserved, commemorated, and contested. Conflicting interpretations of father Jankowski’s actions represent one of memory wars on 80s and 90s in Poland.