An illustrated handwritten diary of a Hungarian boyscout troop 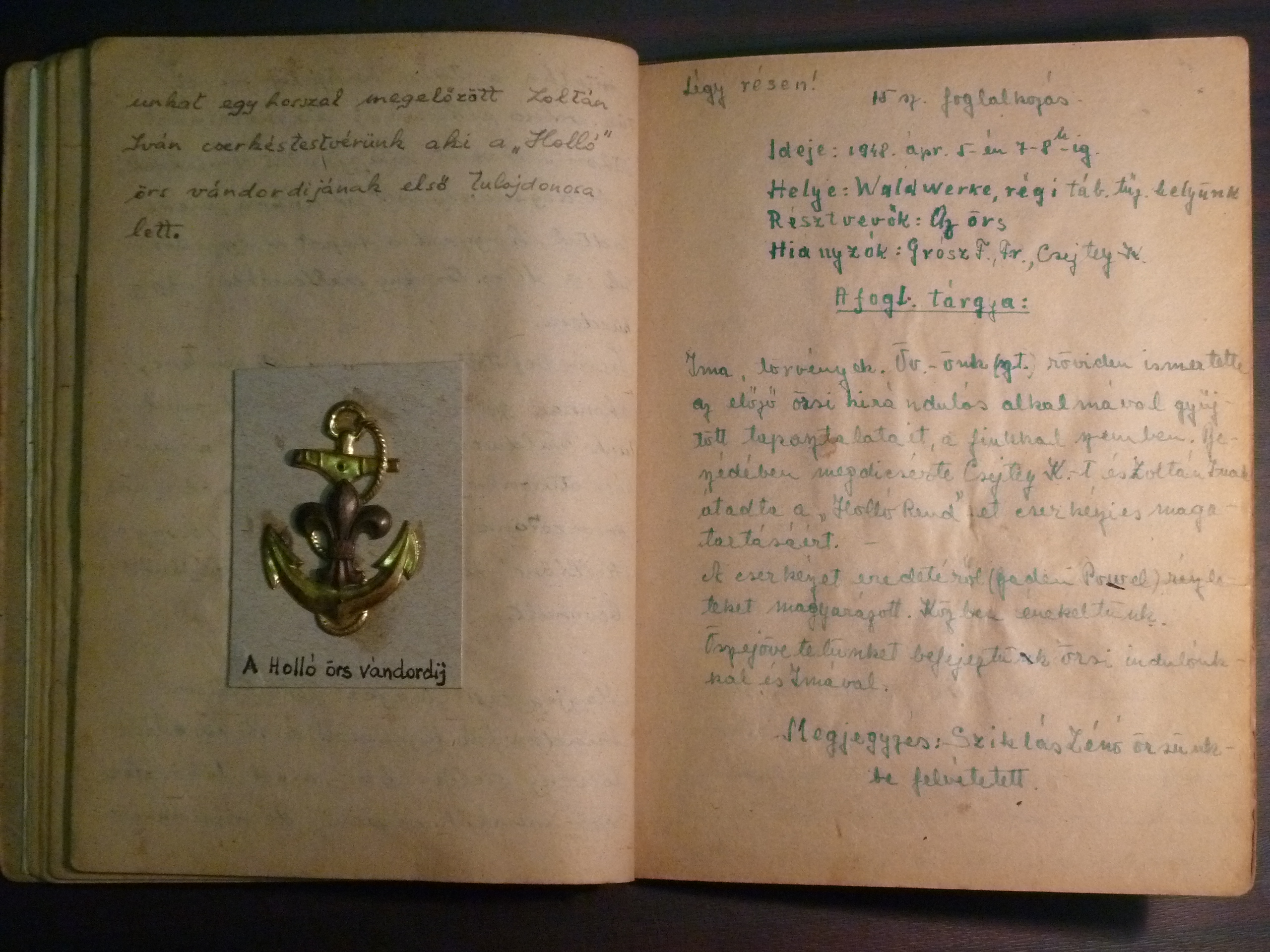 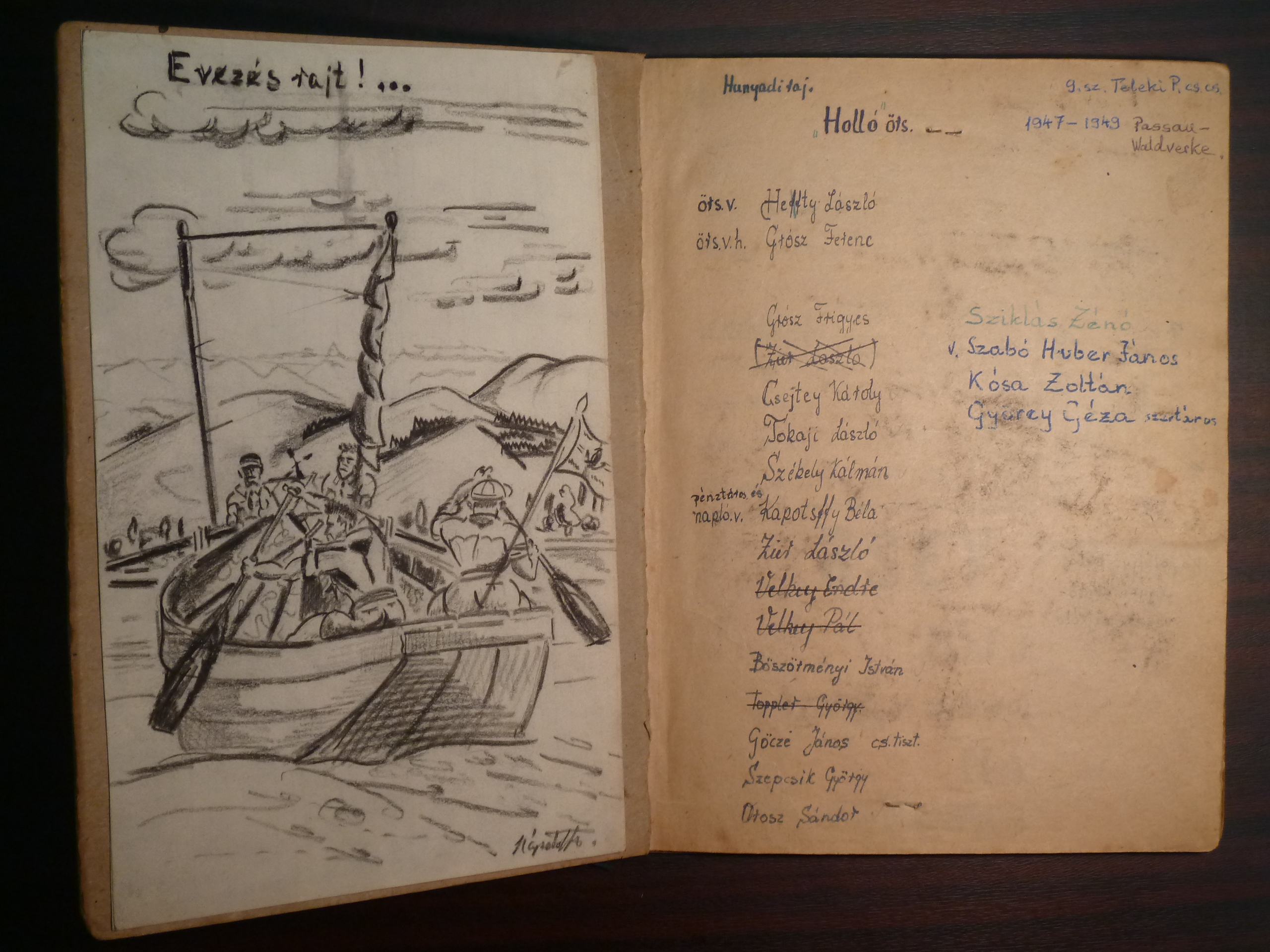 This handwritten, illustrated diary of a hardcover school exercise book, a special item of the HSAE collection, is a typical memento of the early Hungarian émigré scouting movement from 1947–1949. The former holders of this diary were the members of scout peloton "Raven," all young Hungarian schoolboys recruited from the Passau refugee camp in Germany following the Second World War.

The names of the scout organizational references all speak for themselves with their symbolic meanings. The "Raven," an element from the Hunyadi family’s medieval coat of arms, plus two Hungarian national heroes—Regent János Hunyadi and Count Pál Teleki—as symbols of courage, resistance and high-spirited patriotism.

A symbolic object can nevertheless be found in the diary: a badge made of copper in which an anchor is combined with a scout lily as the emblem of the special troops of scouts. According to the handwritten subtitle, peloton Raven founded this as a "wandering prize" to be awarded annually to its member exhibiting the highest standard of behavior. The list of members also appears with telling changes and corrections.