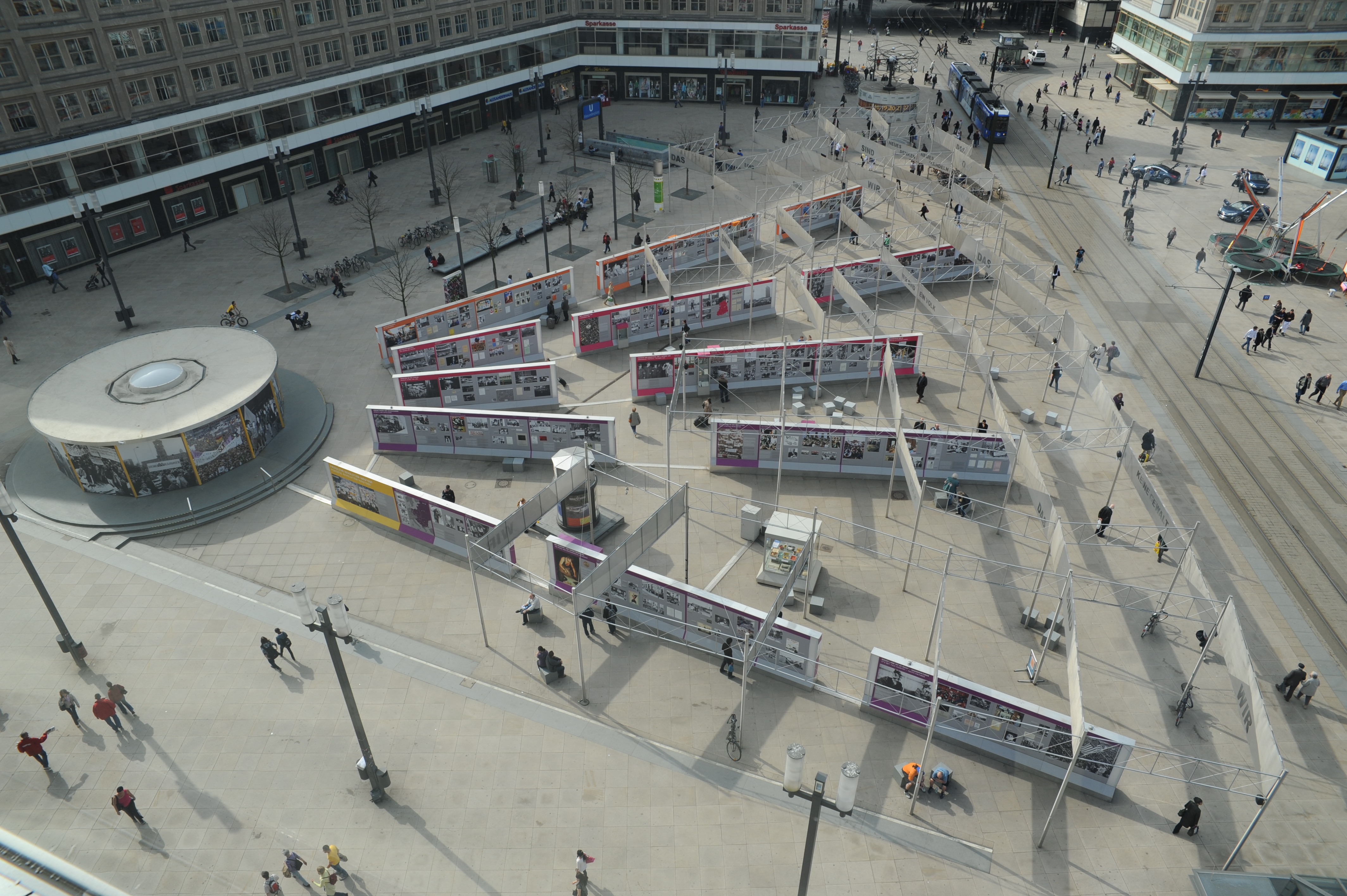 Alexanderplatz is one of the most well-known and frequented squares in Berlin. On the 4 November 1989, it was the scene of one of the largest demonstrations in the history of the GDR. 20 years hence, the Robert-Havemann Society memorialized the events, people and unfolding of the revolutionary years of 1989/90. An open-air exhibition covering some 300 meters presented 700 photos and textual documents. Tom Sello, a former GDR dissident and now member of the Robert-Havemann Society curated the project. The exhibition was financed in great part by the German Lottery Foundation. 85 additional events were held in conjunction with the exhibition. Over its one and a half years of staging, the exhibition attracted more than 2 million visitors. On 15 June 2016, the expanded and in part, newly conceived exhibition was reopened as a permanent exhibition in the courtyard of the former GDR State Security Headquarters in Berlin-Lichtenberg.