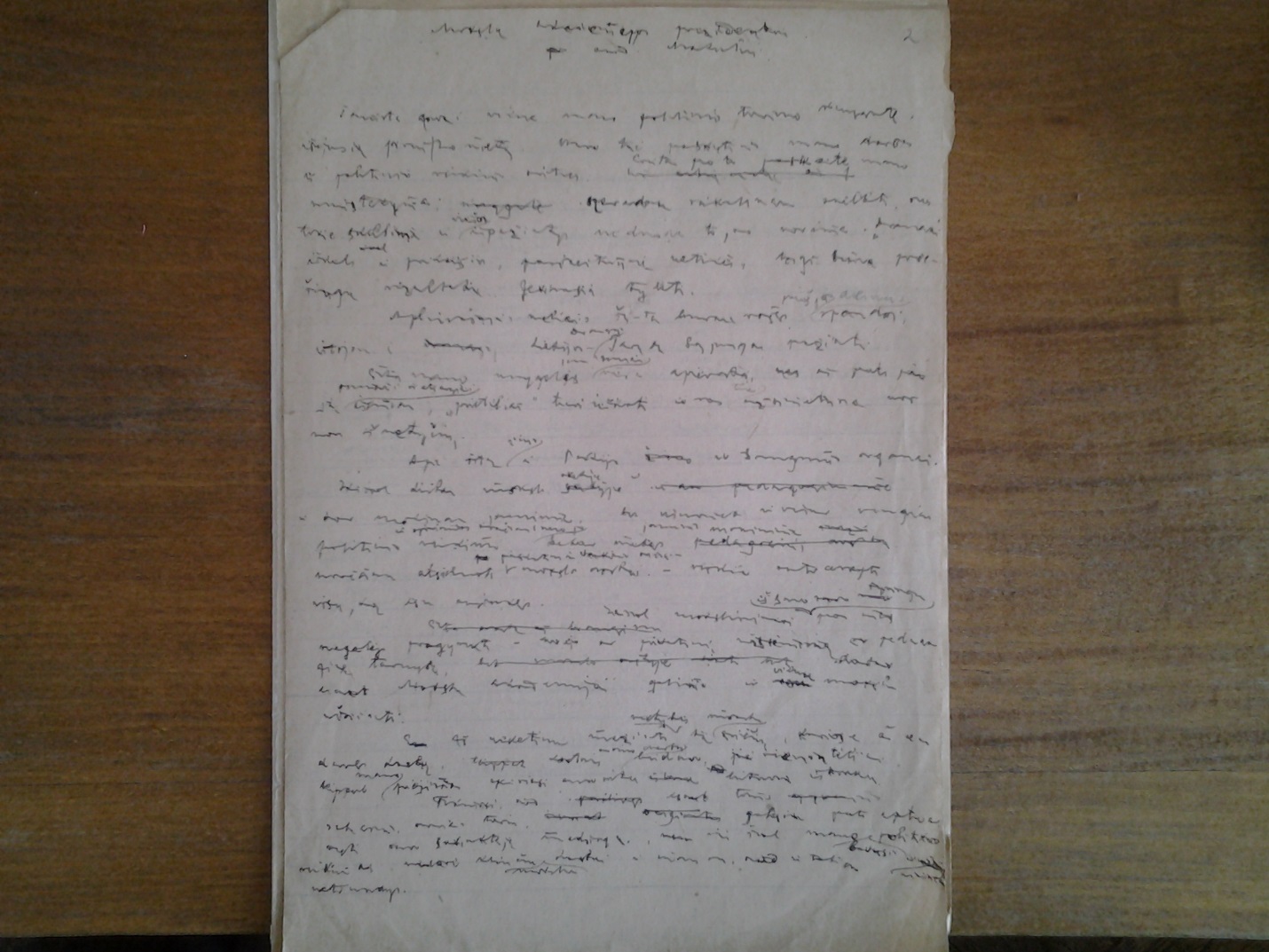 Augustinas Janulaitis' letter to Juozas Matulis, the president of the Academy of Sciences of Soviet Lithuania, was written in 1946. The historian was attacked sharply by the Party authorities for his 'bourgeois nationalism', and in particular for the pamphlet 'Lithuania and Contemporary Russia', written and published in 1925. In the pamphlet, Janulaitis described very critically the political reality in Soviet Russia. He explained his stance in a letter to Matulis: why he was not 'self-critical', and did not openly recognise or regret his past 'political mistakes'. According to Janulaitis, the best way was just to 'keep silent', because nobody would believe him. On the other hand, he stated that he wanted to sort his collection, and his main aim was to carry out academic research.