Gvozden in a hostel on the way to the Federal Republic of Germany, 1970 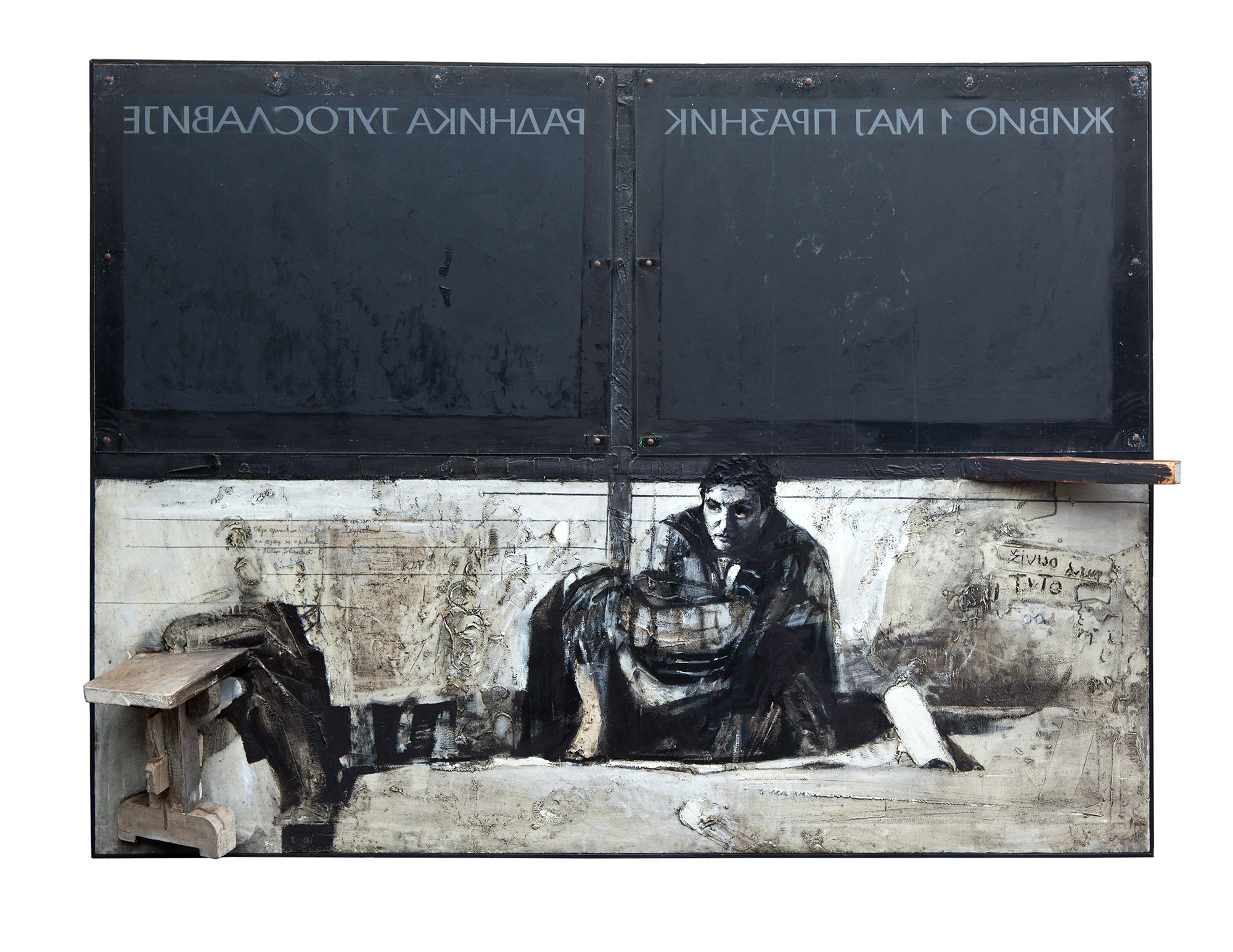 This work and the Gvozden series were displayed for the first time in the salon of the Museum of Contemporary Art in 1971. Gvozden is an invented character, a representative of the ‘guest workers’ – Yugoslavs who in the 1960s departed for temporary employment abroad, most frequently to Germany. Due to unsuccessful economic reforms, Yugoslav citizens in the mid-1960s were confronted with a rise in unemployment leading to the emigration of several hundred thousand Yugoslavs. As a result of the rapid growth of the German economy after the Second World War, West Germany needed to enlarge its labour force. In 1968, it signed an agreement with Yugoslavia. Yugoslavs, like the citizens of other nations working on a temporary basis, received ‘guest worker’ status: The Gastarbeiter agreements were aimed at low-skilled workers for jobs requiring few qualifications.

Popović's Gvozden is an ordinary human being removed from his natural social and cultural environment and placed into another social context. This is an allegory of modern alienation, an individual who unwillingly travels in search of better economic conditions and a better life and on this path meets with unfamiliar and difficult circumstances. By dealing with the topic of guest workers at that time, the artist drew attention to the social problems of the post-war generation. This is an exceptional example of the critical exploration of concrete social conditions.