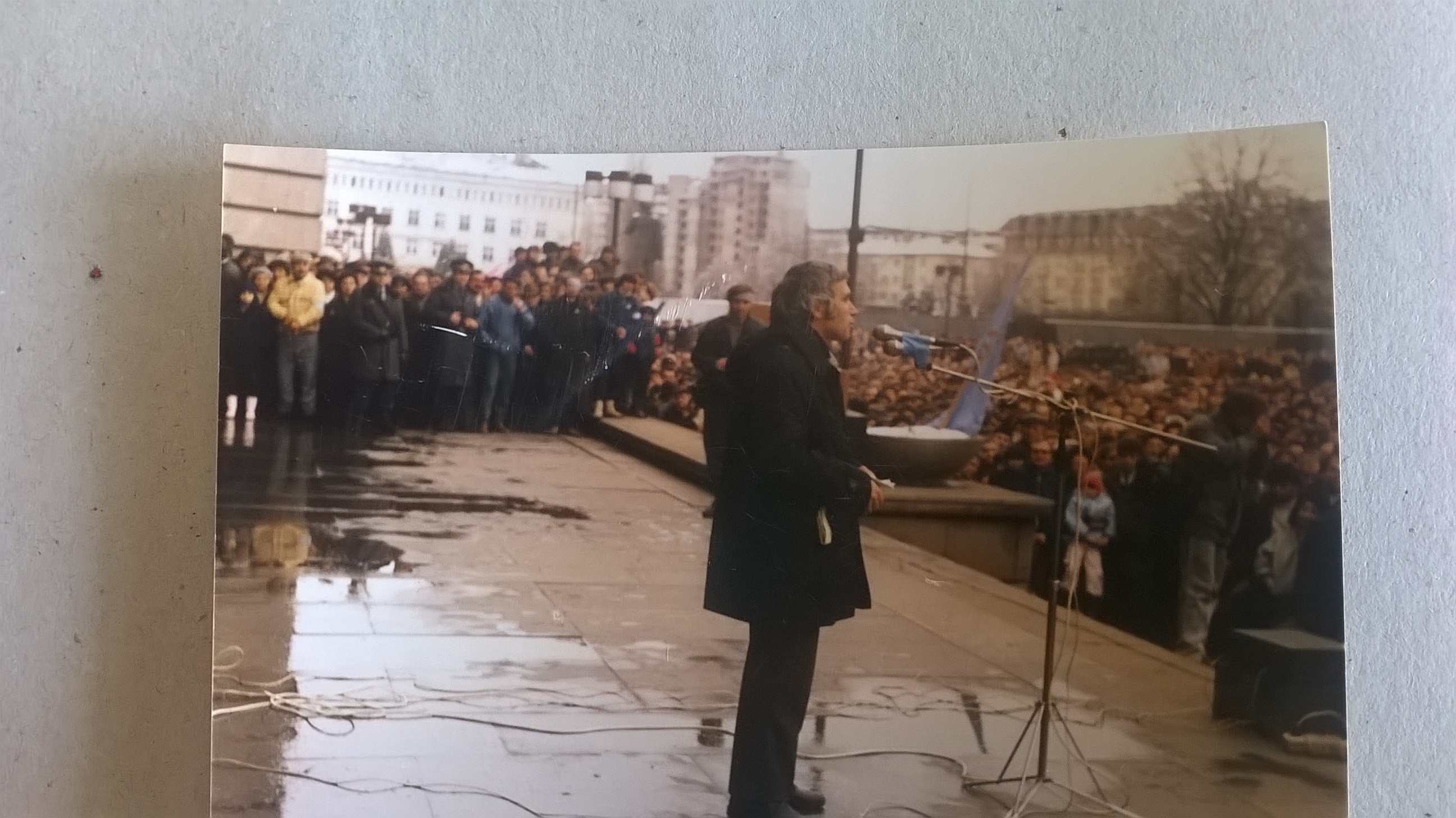 Zhelyu Zhelev was born on 3 of March 1935 in the village of Veselinovo, Shumen region, Bulgaria. In 1958 he graduated from the Faculty of Philosophy of Sofia State University (today St. Kliment Ohridski University of Sofia), joined the Communist Party in 1960, and in 1961 he became a PhD student at the Faculty of Philosophy. Because of an article (blocked from publication) in which Zhelev disputed Lenin's ideas on philosophy, his dissertation was not accepted, and he was expelled from the Party in 1965. He was deprived of his right to reside in Sofia, and with his wife, Maria Zheleva, he was forced to relocate to the village of Grozden in Burgas region (1966–72). Zhelev managed to publish, in samizdat form, a number of his main ideas and parts of his dissertation in Bulgaria and also abroad (Germany and Yugoslavia). This earned him recognition in philosophical circles.

Zhelev was allowed to return to Sofia in 1972. He was then allowed to defend his dissertation and began to work as a scholar at the Research Institute for Culture at the Committee for Culture. He became head of the Culture and Personality Department (1977–82) and rose to the position of Senior Research Fellow (1979).

At the beginning of March 1982, the People's Youth [Narodna mladezh] publishing house published Zhelev's book Fascism. The text was written during Zhelev’s time in Grozden, with the original title Totalitarian State. The monograph was ready at the end of 1967, but no publishing house would accept the manuscript for publishing. In this work, Zhelev analyzes the totalitarian regimes of Nazi Germany, Fascist Italy, and Franco Spain, and describes the basic principles of fascist regimes. Without directly referring to communism, he presents obvious analogies. Three weeks after publication State Security ordered its confiscation because of its "lack of a partisan class approach". Zhelev was removed from the Scientific Council of the Research Institute for Culture at the Committee for Culture. Additionally, the department he led was closed by a so-called “reorganization”. However enough copies (approximately 6000) had been printed that it could be circulated through unofficial channels in Bulgaria and abroad in the following years. The book thus received a large positive response.

In the following years, Zhelev continued to publish his works as samizdat. At the same time, he became a Doctor of Philosophical Sciences, although he criticized the aesthetic education programs of the government’s Committee on Culture's in his work.

Around the beginning of 1988, Zhelev organized the first collective dissident actions. He participated in the organization of the Public Committee for the Environmental Protection of Ruse [Obshtestven komitet za ekologichna zashtita na Ruse]; he was a co-founder of the Club for Support of Openness and Reconstruction [Klub za podkrepa na glasnostta i preustroystvoto]. He gave numerous interviews for radio stations such as Deutsche Welle, The Voice of America, Radio Free Europe, and the BBC. He was among the dissidents who condemned the so-called Revival Process, i.e., the forceful assimilation of Bulgaria’s Turkish minority, which he called "one of the most terrible crimes" of the communist regime. In September 1989, Zhelev initiated of negotiations between leaders of various informal movements to build a common coalition against the Communist Party. From these talks, the Union of Democratic Forces (UDF) emerged in December 1989 as the first anti-communist coalition. Zhelev was unanimously elected its chairman. As chairman of the UDF, Zhelev participated in the roundtable negotiations with representatives of the Bulgarian Communist Party regarding the transition towards parliamentary democracy (January–May 1990). In August 1990, the newly elected parliament elected him as president and in January 1992 he became the first president of Bulgaria elected by popular vote. After the end of his presidential mandate (January 1997) he devoted much energy to fostering regional and international cooperation. Zhelev was the founder and president of the Balkan Political Club, a union of former political leaders from Southeast Europe, and served as an Honorary Co-Chair of the World Justice Project.