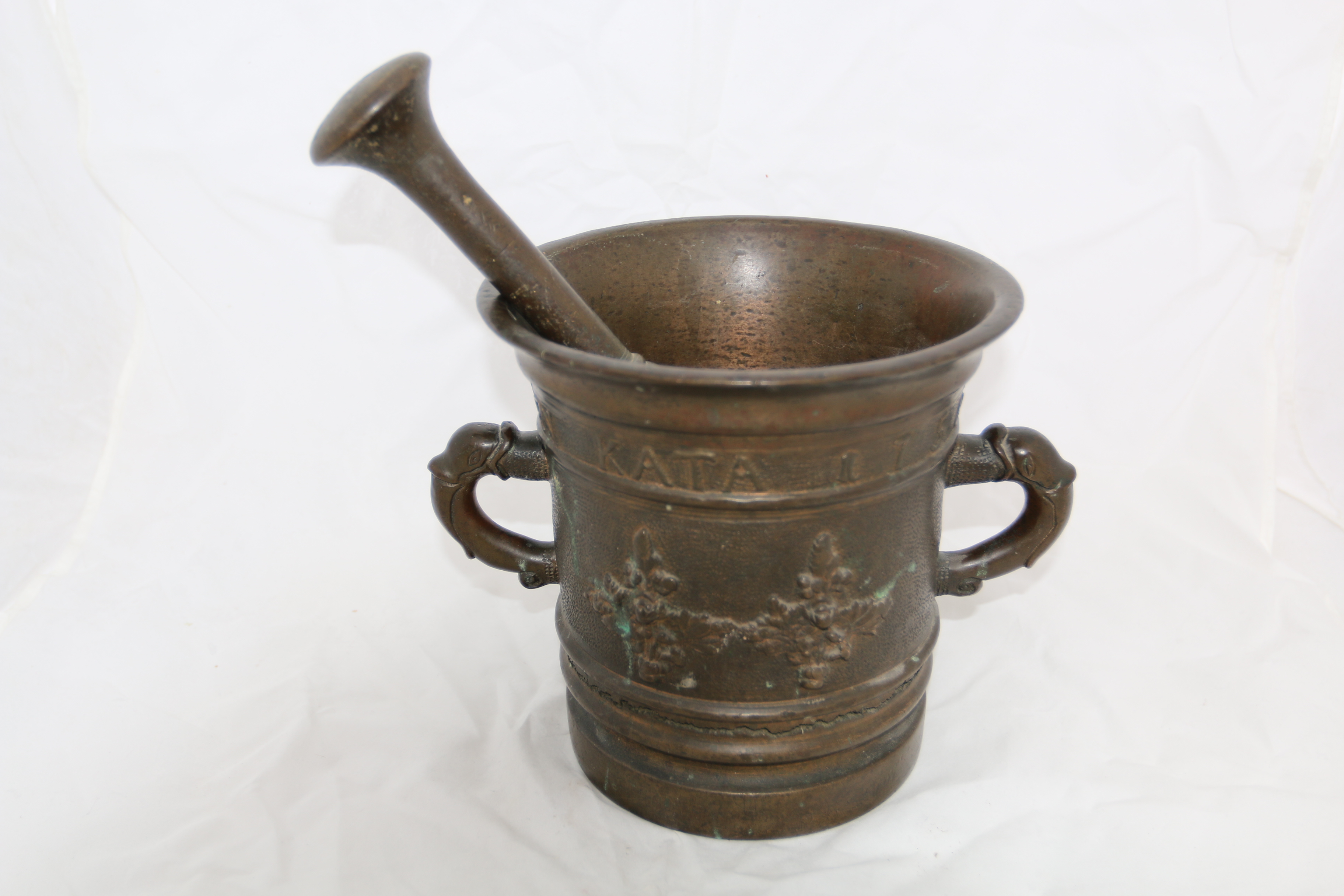 The most valuable piece of the entire collections is probably Kata Bethlen’s mortar. The original owner, Countess Kata Bethlen de Bethlen, also known as Katherine Bethlen (1700-1759), was a writer and a patron of arts. She supported the Transylvanian Hungarian Reformed parishes and schools. Talented students were sent on her own expense abroad for further learning. She bequeathed her precious library to the reformed college of Aiud. She was buried in Făgăraș in the Reformed Church.

The acquisition of this item has a very interesting story and represent an event in the development of this collection because it stirred the interest in similar objects. In fact, following this acquisition, the countess started to collect mortars as well. These mortars and their pestles represented objects of everyday life from the past, used for crushing ingredients in the processes of cooking or medicine preparation. They had lost their practical use in the meantime due to the advancement in food and pharmaceutical industries, so they turned into decorative art objects. The acquisition of Kata Bethlen’s mortar by her descendant Anikó Bethlen represented, on the one hand, an act which corresponded to the philosophy of collecting as understood by the latter, i.e., the preservation of all these small but significant traditional items, which were about to disappear due to the communist modernisation. On the other hand, this acquisition represented an act of safeguarding the heritage of the Bethlen noble family of Transylvania, which had once played crucial historical, cultural and social roles in this multicultural region.

Turning to the story of the acquisition, Anikó Bethlen remembers that “in an autumn night in 1979, four local Gypsies temporarily working in Făgăraș visited me with the purpose of selling a mortar. They encouraged me to buy it because as they said it ’belonged to someone wealthy, and I have to buy it.’ The huge mortar bore the inscription ‘Gr. Bethlen Kata 1758.’ I knew that she died in 1759, so it was cast a year before her death. They did not know that I am also a Bethlen. They asked 4000 lei for it, but I had only 900 lei, and had gathered it for the summer. I told them that the mortar is a little bit cracked and worth only 900 lei. They thought a bit about what to answer, then sold it me at that price.”

The mortar is made of bronze and consist of two parts. The actual mortar is high twenty-two cm, has a diameter of twenty-two cm and weighs fourteen kg. The length of the breaker is thirty-two cm and it weighs one kg. The two pieces weight a total of fifteen kg.