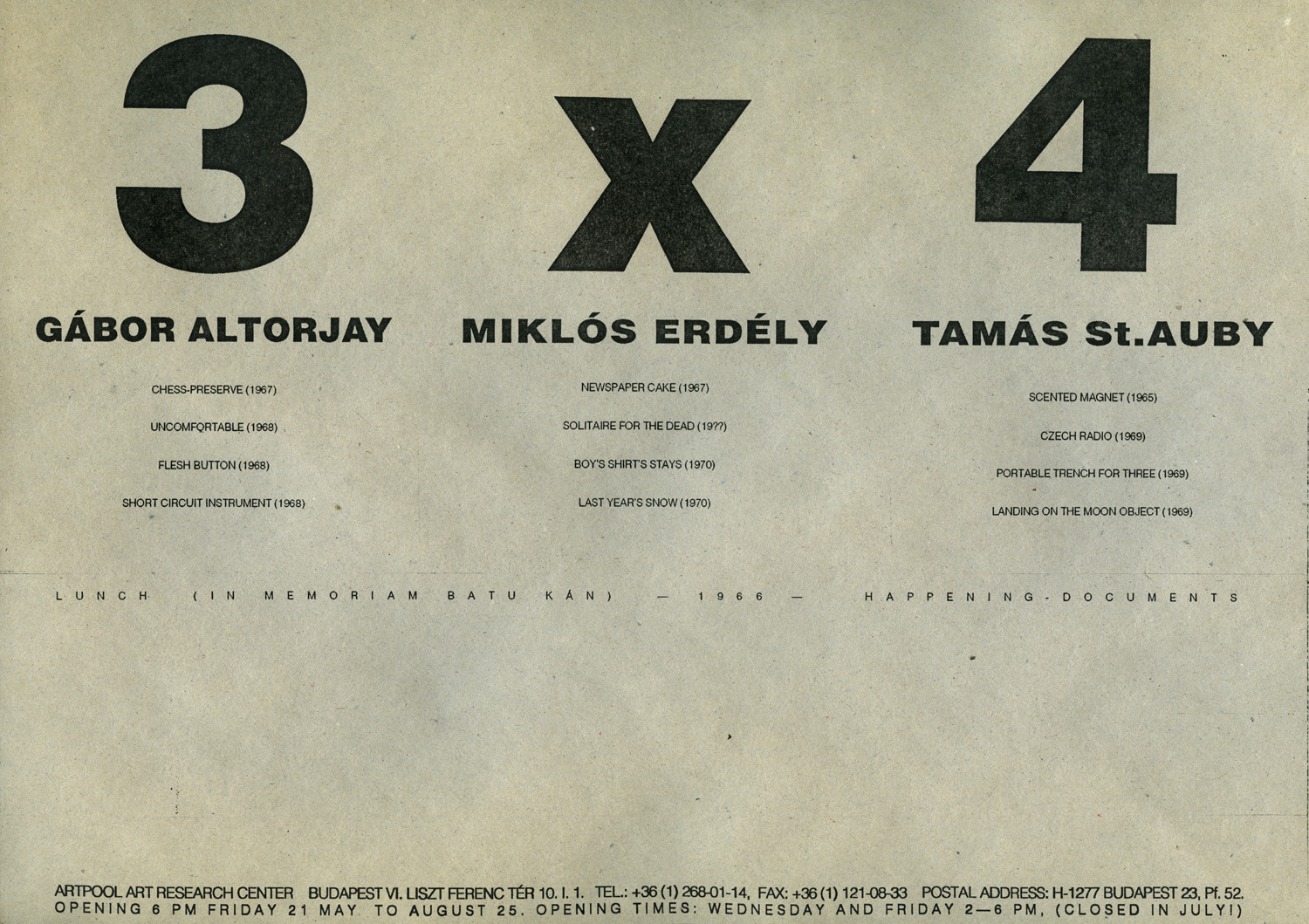 At the exhibition of Gábor Altorjay, Miklós Erdély, and Tamás Szentjóby, 12 Fluxus objects were presented from the 1960s. The exhibition also included the screening of the video documentation of the first Hungarian happening with the title The Lunch (In Memoriam Batu Khan), presented by Gábor Altorjay and Tamás Szentjóby on June 25, 1966. Miklós Erdély was the person who suggested the basement of a flat in Budapest as the venue for the happening and also some ideas regarding the happening itself. The works on exhibit included Fluxus objects like Newspaper Cake (1967) and Boy’s Shirt’s Stays (1970) by Miklós Erdély; Chess Preserve (1967) and Uncomfortable (1968) by Gábor Altorjay; as well as Czechoslovakian Radio (1969) and Landing on the Moon (1969).