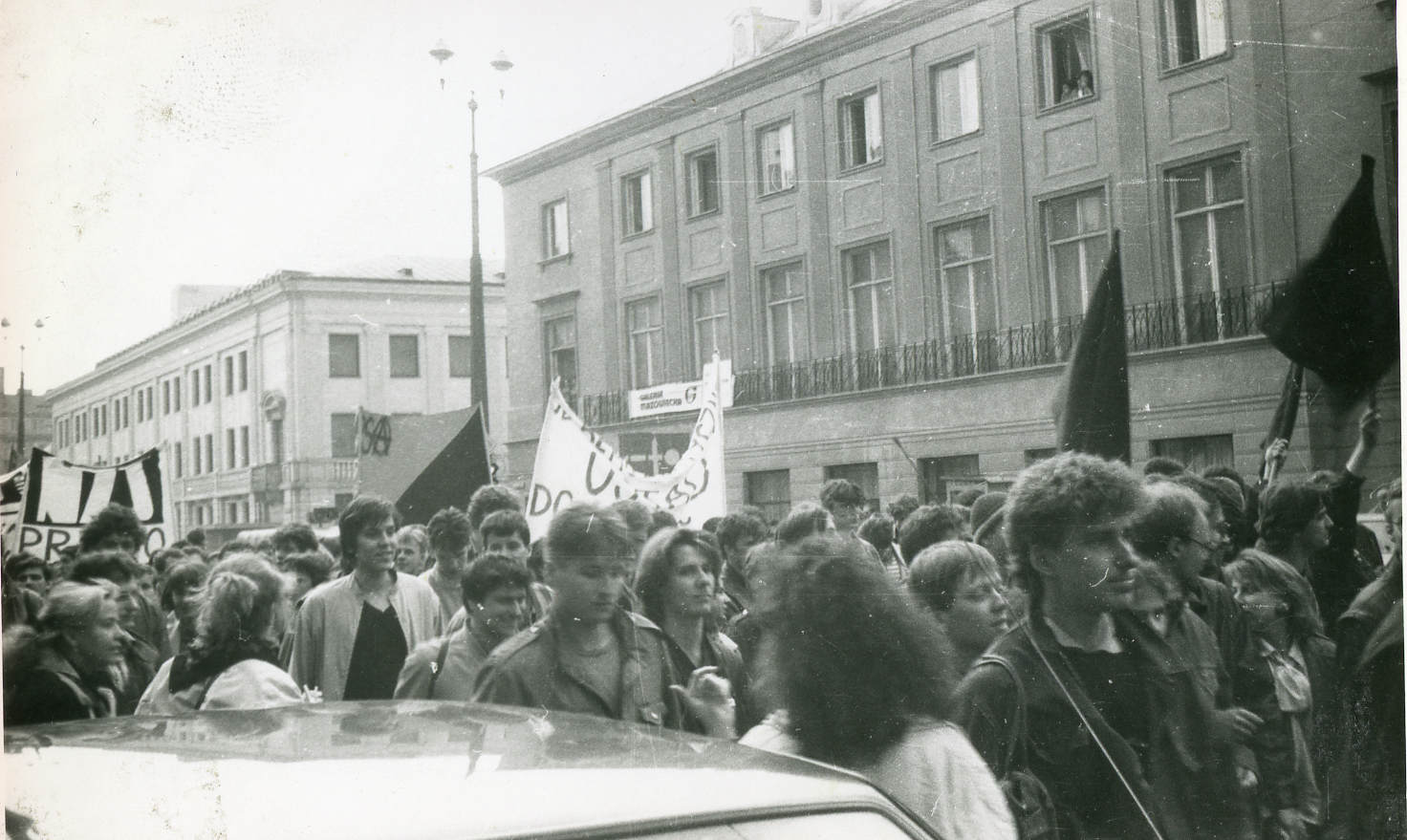 Tymoteusz Onyszkiewicz claimed that the most important artefacts from the Fuck 89 Collection are photographs of youth demonstrations from 1988 and 1989. He argued that mass demonstrations that occurred one after another in two-three weeks period were essential for the anarchist movement in the late 1980s. Anarchists, socialists, punks, Rastafarians, pacifists, ecologists, and other alternative youth groups used to regularly gather together in the streets of Warsaw to manifest their disagreement with the state policy and socio-economic situation in Poland. What they showed was also the solidarity among different groups of young people, when the whole movement fought for rights of small parts of itself. Exemplification of this united fight of the youth opposition is given by unique photography which captured one of the demonstrations demanding the legalization of Independent Students’ Union (ISU) in 1988. The photo shows a mob of people with flags and banners of ISU as well as anarchistic, marching through Krakowskie Przedmieście street nearby university’s gate, in spite of ideological differences between liberal-democratic ISU and radical anarchists and socialists. The author of the picture is unknown, but the message about the solidarity of rebellious youth movement is very clear.