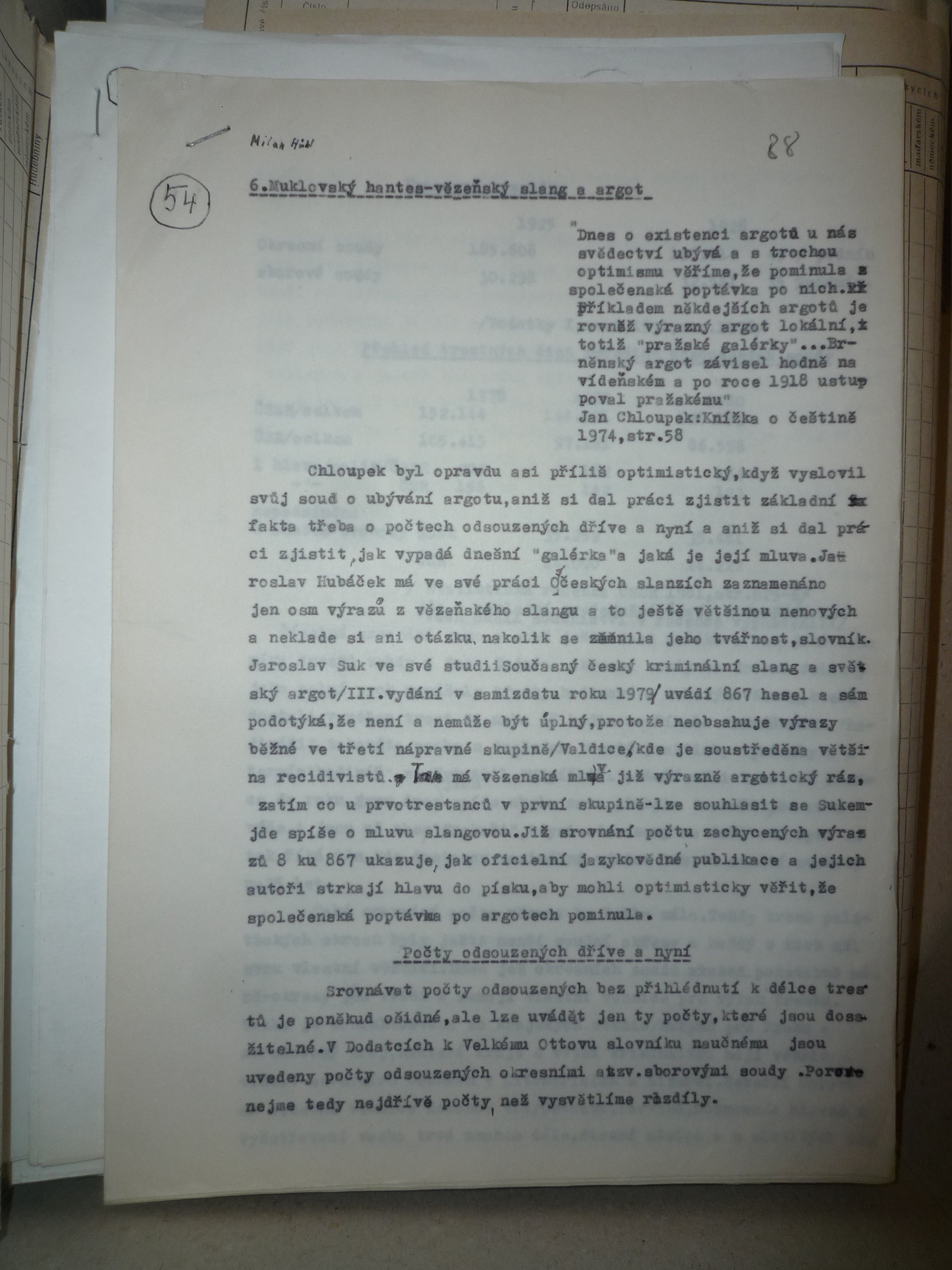 The eight-page text written by the Czechoslovak historian and dissident Milan Hübl introduces its readers to the issue of convicts and their language. At the beginning are some brief but very interesting statistics comparing the sentences and records of criminal offences (regardless of length of sentence) in the years 1925, 1928, 1978, 1979 and 1980. Hübl goes on to write about prison structures and prisoners. The main focus of the text is prisoners’ slang. Hübl was familiar with this topic because he had also been imprisoned for several years. His own correspondence, written during his imprisonment between 1972 and 1976, is among the sources for this chapter, which focuses on the prison slang in the Brno region, the so-called “plotňáčina”. The text ends with following sentences: “While browsing through my letters, I realised that they would be a valuable source when I started writing my memoirs. A lot of information has been preserved that would have been difficult to recall without them. At least something positive came from being in jail.”