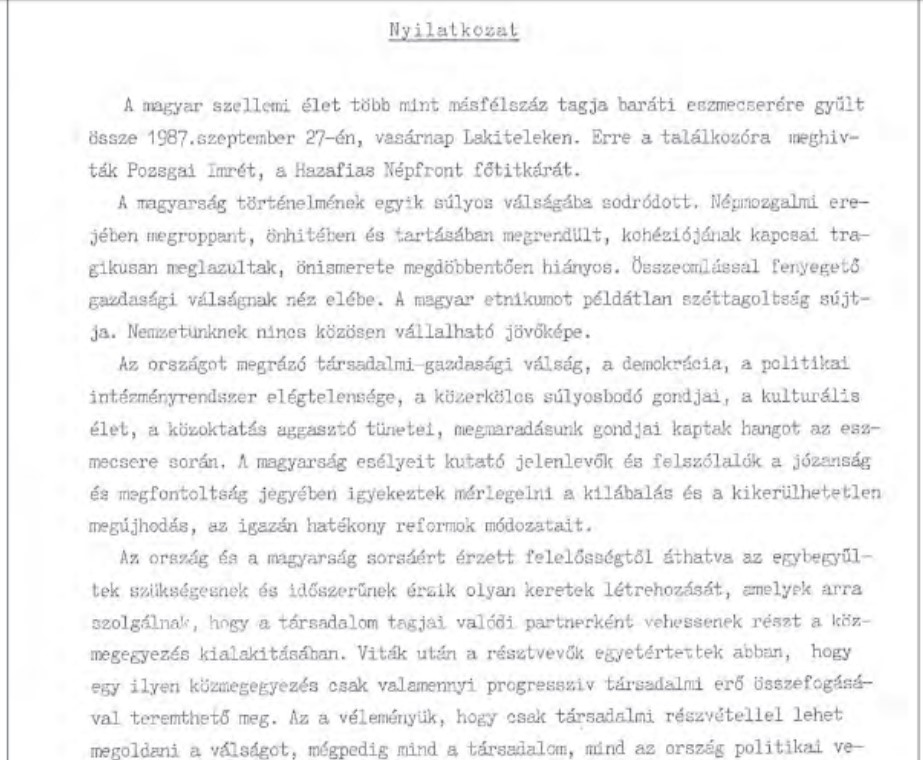 Intellectuals who had criticized the Hungarian communist dictatorship (mainly members of the nationalist-populist opposition during the Kádár period) founded the Hungarian Democratic Forum, the first legal opposition movement in socialist Hungary, on 27 September 1987 in Lakitelek. In their declaration, the founders stated that they wanted the members of the Forum to discuss pressing issues concerning the nation, and to create alternative suggestions. This declaration was kept in Sándor Lezsák’s Archive of the Regime Change in Lakitelek.