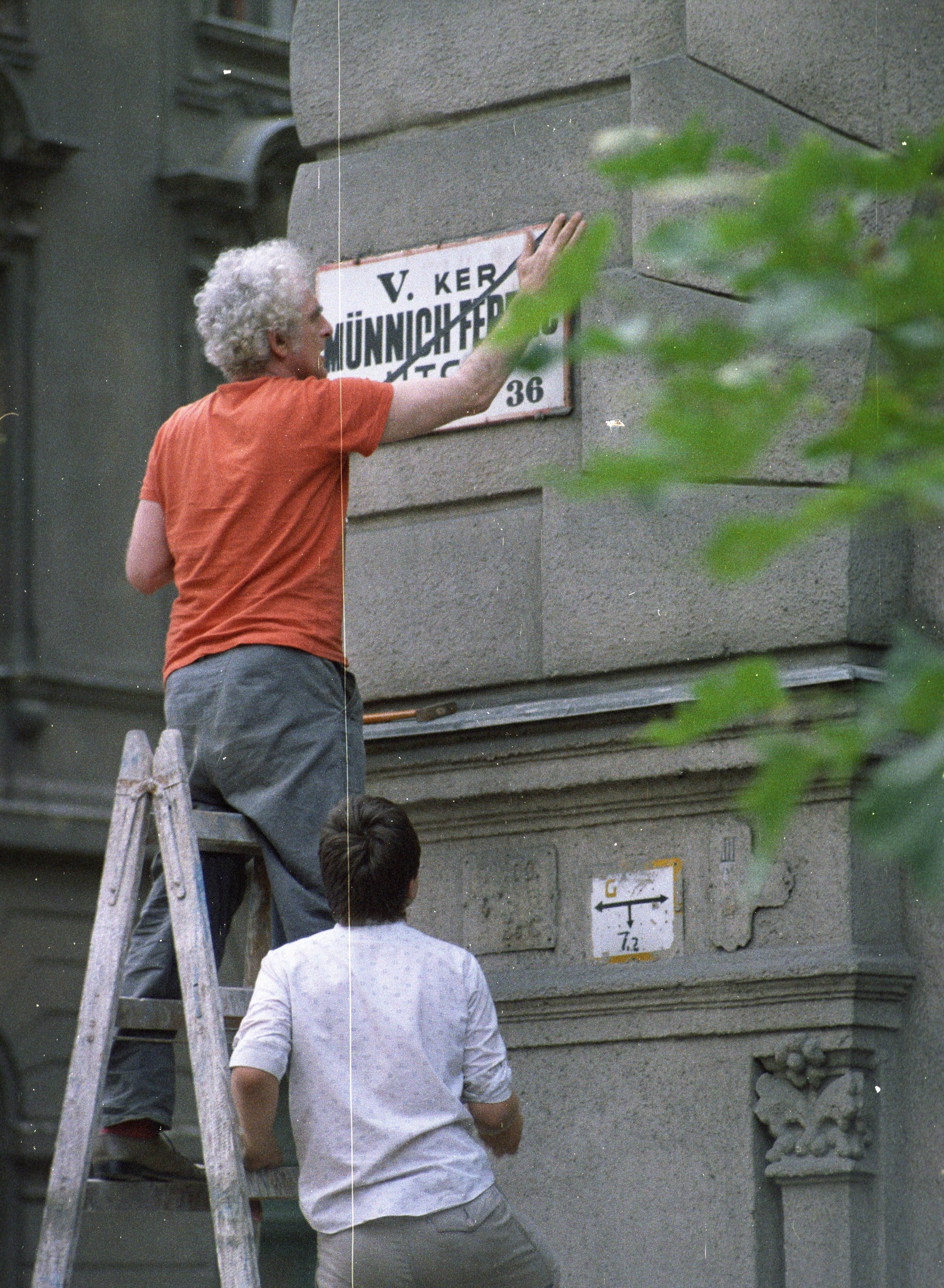 György Krassó played an important role during the period of regime change: he often demonstrated against the communist regime by committing effective symbolic acts. His most famous such action was when he splotched with red paint the statue of Ferenc Münnich, former communist interior and prime minister after 1956, and symbolically gave Ferenc Münnich Street in Budapest its pre-Communist name, Nádor Street.