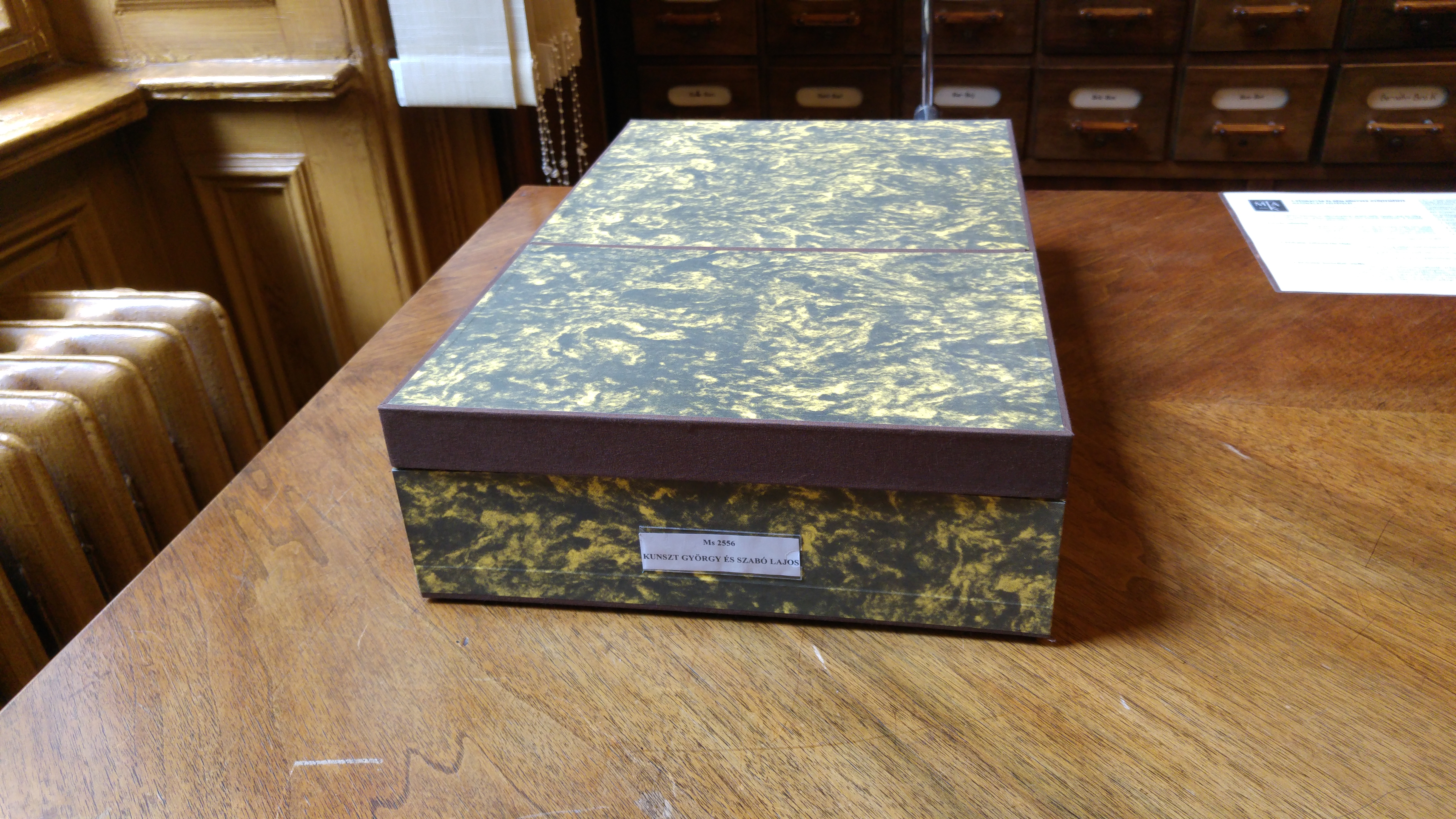 In 1946, Lajos Szabó, a philosopher who defined his position as Biblicism (understood as an approach to philosophy which includes all aspects of culture and life), held exclusive seminars for young people in private apartments. The seminars were held periodically and covered subjects like psychology, economics, value theory, existentialism, Indian traditions, set theory, language mathesis, history, and movement theory. Together with his friend, György Kunszt regularly took notes on these events and a lifelong master-disciple relationship evolved between them. Kunszt actively participated in the maintenance of Szabo’s bequest. The materials donated by him to the Library of the Hungarian Academy of Sciences, Department of Manuscripts and Rare Books consists of the notebooks of Lajos Szabó on philosophical subjects made during his years in emigration and the documents on  systemization of the oeuvre, which were made by Kunszt.