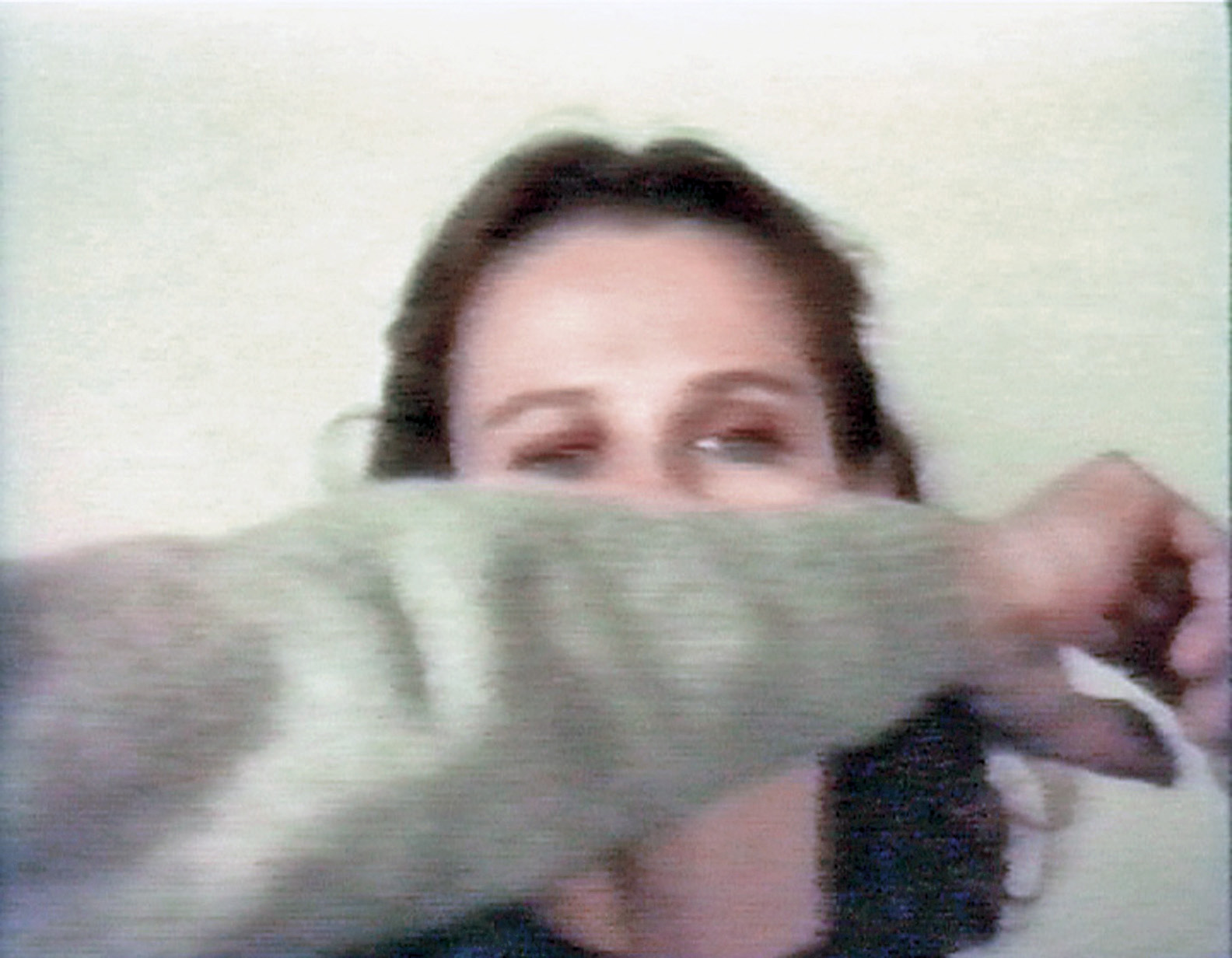 The work is a video recording of one of a series of performances entitled ‘Was ist Kunst?’ (What is Art?) conducted by Todosijević between 1976 and 1981 in various cities, situations and surroundings. In each performance, the artist addresses a female model, repeating the same question in German: ‘Was ist Kunst?’ The artist’s raised voice is commanding and recalls repressive techniques of police interrogation, evoking the traumatic experience of those members of the Yugoslav public who at that time still remembered scenes of Gestapo torture and the brutality of German occupation in the Second World War. The artist repeats the same question until he reaches a point of total exhaustion and loses his voice. The passive female model stoically enduring the torture triggers associations with the passive and masochistic attitude of citizens in a totalitarian order who lose their will, thus aiding the unimpeded operation of the repressive apparatus. This kind of aggressive behaviour and provocation of the public appears in other works by the artist. ‘Was ist Kunst?’ is an emblematic work by Raša Todosijević and at the same time represents one of the most significant works of Serbian art in the twentieth century.

“The performances entitled ‘Was ist Kunst?’ are political performances in the broadest sense of the word. Not art in the service of politics but rather art that sublimates the social performance into an artistic performance, emphasising in that sublimation some of the characteristics of social occurrences, the phenomenon of mass psychology, of the demagogy of language, of continual repetition – through cathartic emphasis.” (Published in 'New Art in Serbia 1970–1980’, Museum of Contemporary Art, 1983).

The work ‘Was ist Kunst, Marinela Koželj?’ was purchased and integrated into the Museum’s Collection of New Art Media in 1988.