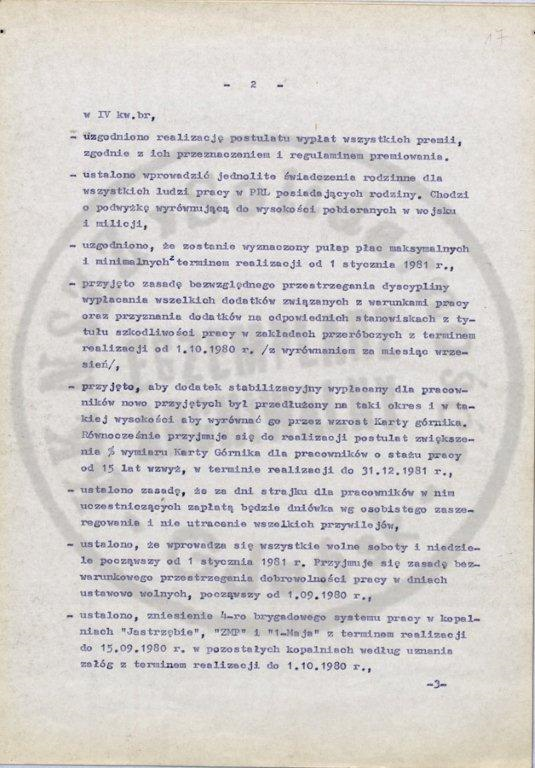 Jastrzębie-Zdrój Agreement is an accord signed on 3 September 1980 at Manifest Lipcowy Coal Mine in Jastrzębie-Zdrój. The document was signed by the authorities of the People's Republic of Poland and the Jastrzebie-Zdroj Interfactory Strike Committee. It was the last of the three accords, signed in late summer of 1980 in Poland. These accords resulted in creation of "Solidarity" and as such, Jastrzębie-Zdrój Agreement is regarded as part of the August Agreements. Archive of National Commission of the "Solidarity" Trade Union disposes the only original copy of the agreement.