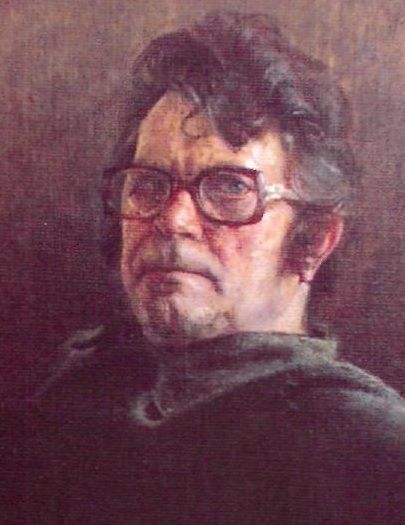 Alexei Marinat (b. 24 May 1925, Valea Hoțului village, MASSR, currently Dolyn'ske, Odessa region, Ukraine; d. 17 May 2009, Chișinău) was a prominent Moldovan writer active in the Soviet period, best known for his personal diary critical of the Soviet regime and for his novel about life in Siberia, inspired by his experience as an inmate in a labour camp during the late 1940s and early 1950s. He also held consistent pro-Romanian views, which made him suspect in the eyes of Soviet authorities. On 27 May 1947, while a student in Chișinău, Marinat was arrested by the KGB after the discovery of his private diary, Eu și Lumea (I and the World), in which he expressed thoughts critical of the Soviet regime. He was sentenced to ten years’ hard labour in a closed labour camp and was deported to Siberia. He was freed on 5 November 1955, by a decision of the Odessa Military Tribunal, and returned to Moldova. However, he was never legally rehabilitated, not even in the late Soviet period. Although his civil rights were reinstated, he was kept under the surveillance of the secret police and was considered a potentially subversive person. During his trial in 1947, he was accused of having collaborated with the “Romanian-Fascist” authorities during the Second World War. He originated from Transnistria, a territory temporarily occupied by Romanian troops in 1941–1944, which aggravated his predicament, because he had held a minor administrative post under Romanian occupation. The inquiry concerning his case was repeated three times (in 1947–48, 1955, and 1989). On each occasion, his collaboration with the Romanian administration during the Second World War was confirmed on the basis of his official position at that time. He was accused not only of persecuting his fellow villagers who were members or sympathisers of the Communist Party, but also of certain hostile acts against the villagers who belonged to the Jewish community. It is not clear to what extent he was indeed involved in the deportations of Jews, although the papers in his file hint at that possibility. This uncertainty also reflects the USSR’s ambiguous policy towards the Holocaust. After his return to Chișinău in 1955, Marinat remained critical of the regime in his literary works and public pronouncements. He was thus regarded with suspicion by the Soviet authorities, in spite of the fact that he was not directly involved in any oppositional activity after his return from Siberia. These suspicions increased after the publication of his 1966 novel Urme pe prag (Footprints on the Threshold), which drew on his earlier experience as a prisoner in Siberia and, according to Marinat’s own assessment, was barely publishable by Soviet standards. The case of Alexei Marinat is a curious example of a person who defied the rules of the regime and did not fit neatly into the antagonistic “camps” struggling for power within the local writers’ milieu. He remained an independent and somewhat marginal figure because of his refusal to exchange his relative personal autonomy for the privileges bestowed by the state on his more loyal colleagues. However, his opposition never turned into open rebellion. This ambiguity defined Marinat’s personality and career both before and after 1990.