Letter from Victor Frunză to Eugen Ionescu in Paris, in Romanian, 8 September 1978 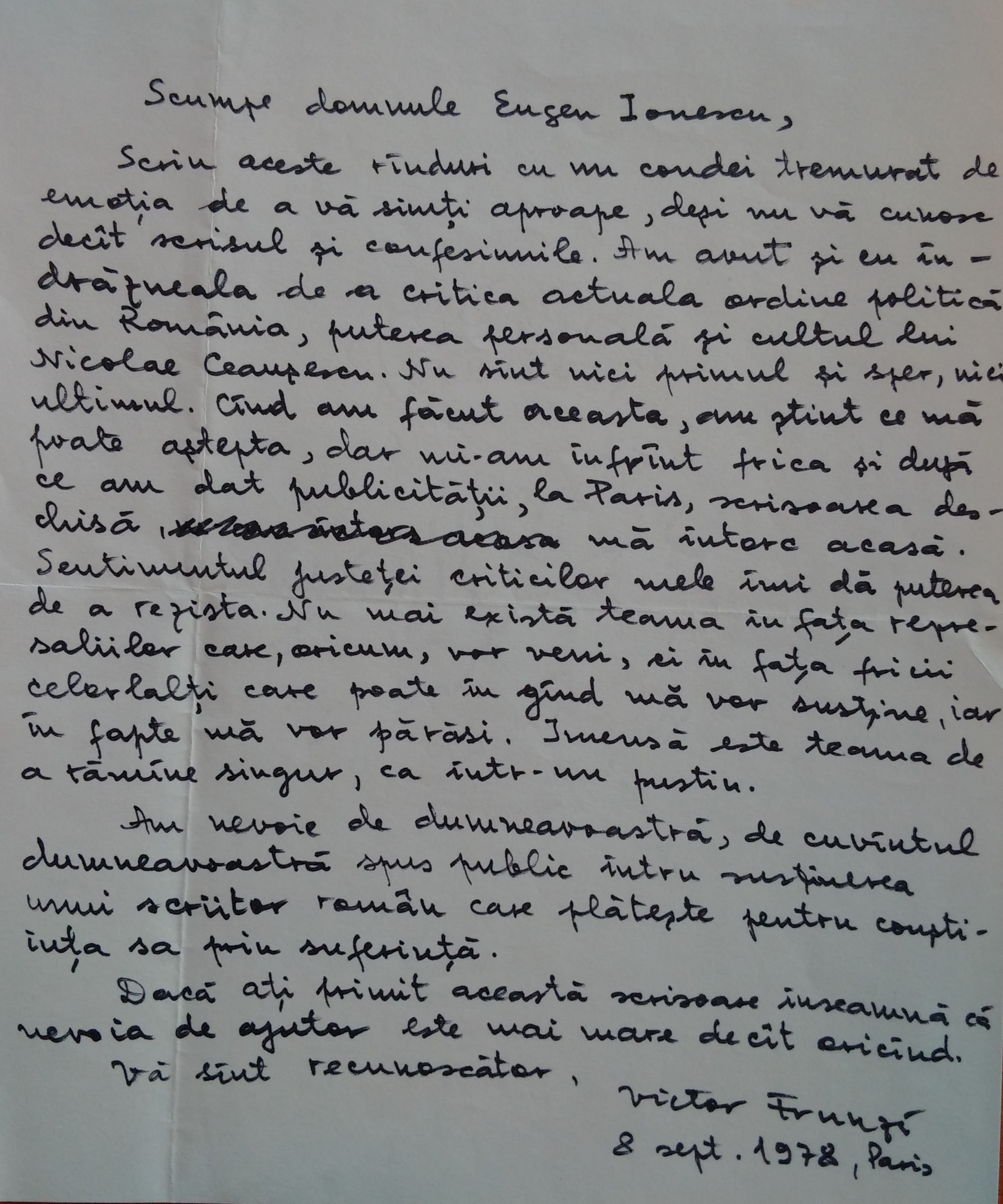 This letter is an important document for the history of the post-war Romanian exile community because it is a proof of the attempt of a Romanian dissident to establish a connection with the emigration. The purpose was to gain the support of Romanians abroad. If their situation was publicised in the West, then there were chances that once returned to their country they would not suffer the reprisals of the communist regime. Also, such actions were meant to trigger the support of international public opinion in criticising Nicolae Ceausescu's dictatorship. One such example was the action of the Romanian writer and journalist Victor Frunză during a tour in France in 1978. In Paris, he wrote a letter to Eugène Ionesco (Eugen Ionescu), a French-language writer originally from Romania, a representative of the theatre of the absurd and a member of the French Academy. In this document, sent on 8 September 1978, Victor Frunză informed Eugène Ionesco that, in France, he criticised openly the situation in communist Romania, especially the personal power and personality cult of Nicolae Ceaușescu. Starting from the idea that he was not the first Romanian and hopefully not the last to do so, Frunză told Ionesco that his approach was deliberately chosen, in full awareness of the possible consequences for him: "When I did this, I knew what I could expect, but I have defeated my fear (...). The sense of the justice of my criticisms gives me the strength to resist. There is no fear of the reprisals that will come anyway, but in the face of the fears of others who can in my mind support me, and in fact will leave me. Immense is the fear of staying alone, as in a desert." In conclusion, Victor Frunză asked Eugène Ionesco to publicly support his action of criticising the dictatorship and personality cult of Nicolae Ceaușescu.