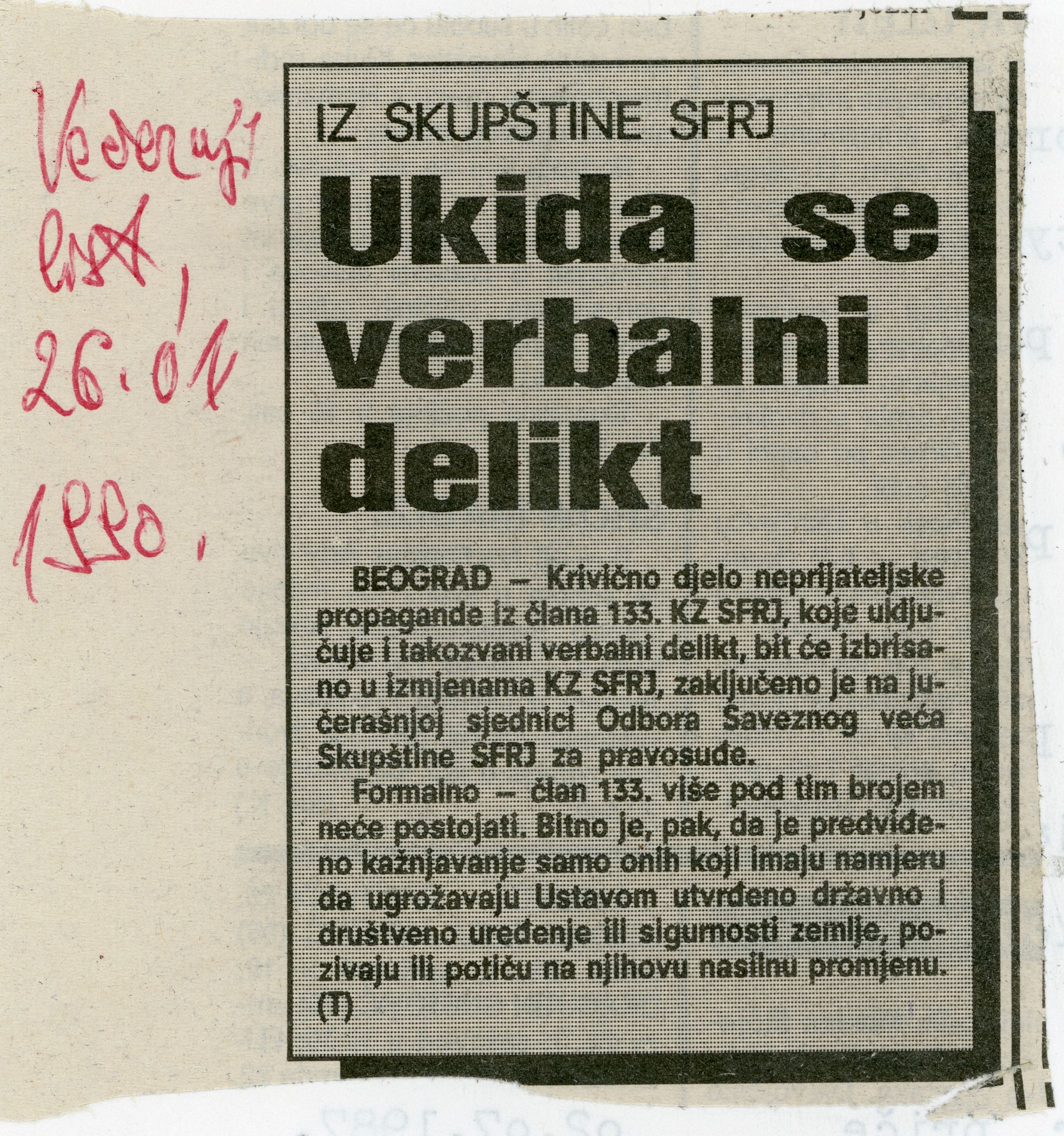 Freedom of conscience officially existed in Yugoslavia, but not freedom of expression. The ‘verbal delict’ was punishable as a crime of "hostile propaganda" as stipulated in Article 133 of the Criminal Code of the SFRY. It was abolished only at the beginning of 1990, which was reported as news in this press clipping. Singing nationalist songs, socialising with émigrés or the approbation of "hostile statements" were once grounds for a jail sentence. During the 1970s and 1980s, approximately 500 lawsuits were filed against ‘verbal delinquents’ every year. In Croatia, the most famous among them were Franjo Tuđman, Marko Veselica, Ivan Zvonimir Čičak, Dobroslav Paraga and Vladimir Šeks.