Title-page of samizdat Information about Charta 77 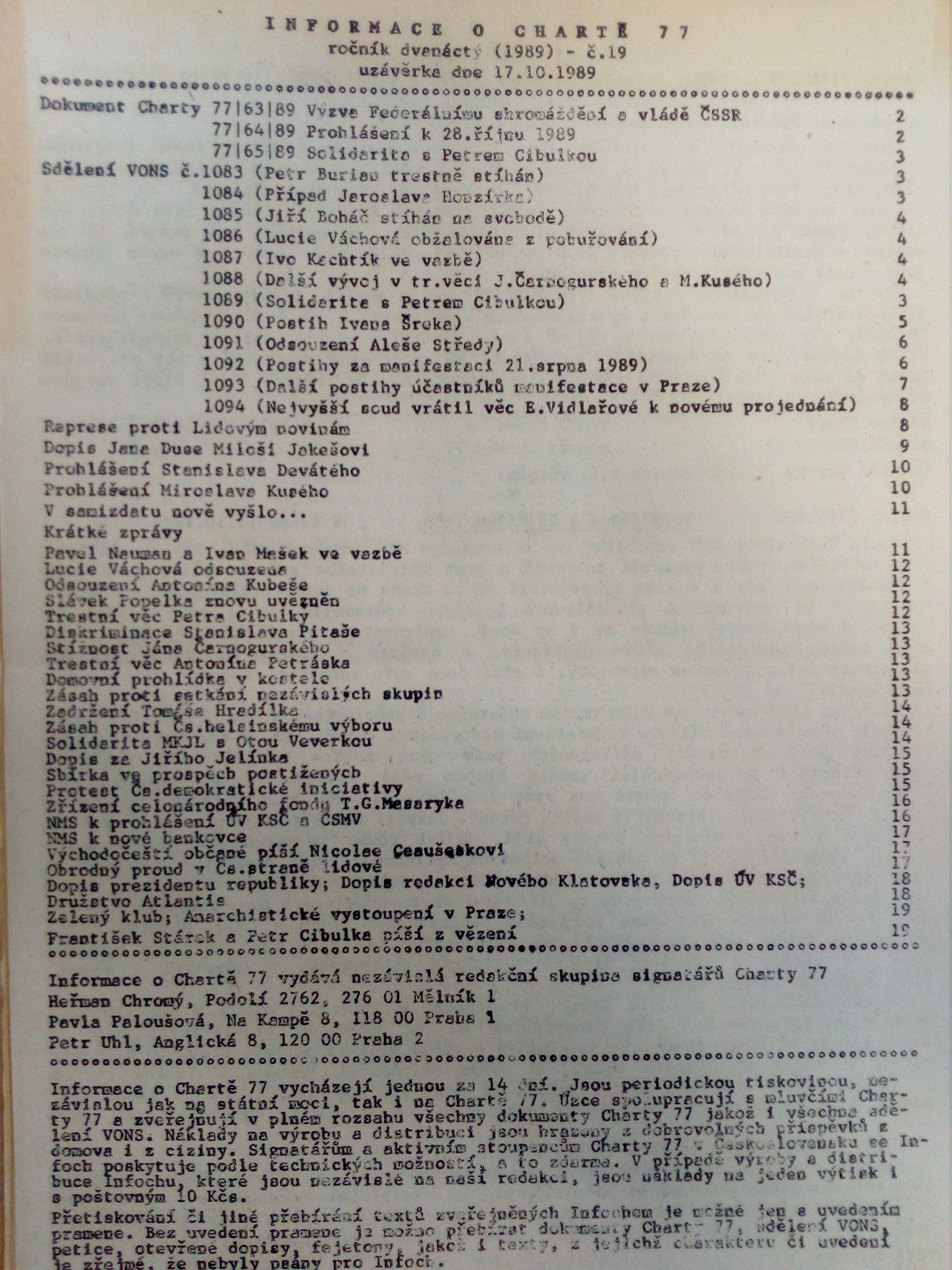 Title-page of the nineteenth issue of a samizdat called "Information about Charta 77" containing various articles about dissent in Czechoslovakia. This samizdat was published by the "independent editorial board of signataries of Charta 77". Charter 77 was an informal civic initiative in communist Czechoslovakia from 1976 to 1992, named after the document Charter 77 from January 1977. Founding members and architects were Jiří Němec, Václav Benda, Ladislav Hejdánek, Václav Havel, and Pavel Kohout. Spreading the text of the document was considered a political crime by the communist regime. After the 1989 Velvet Revolution, many of its members played important roles in Czech and Slovak politics.