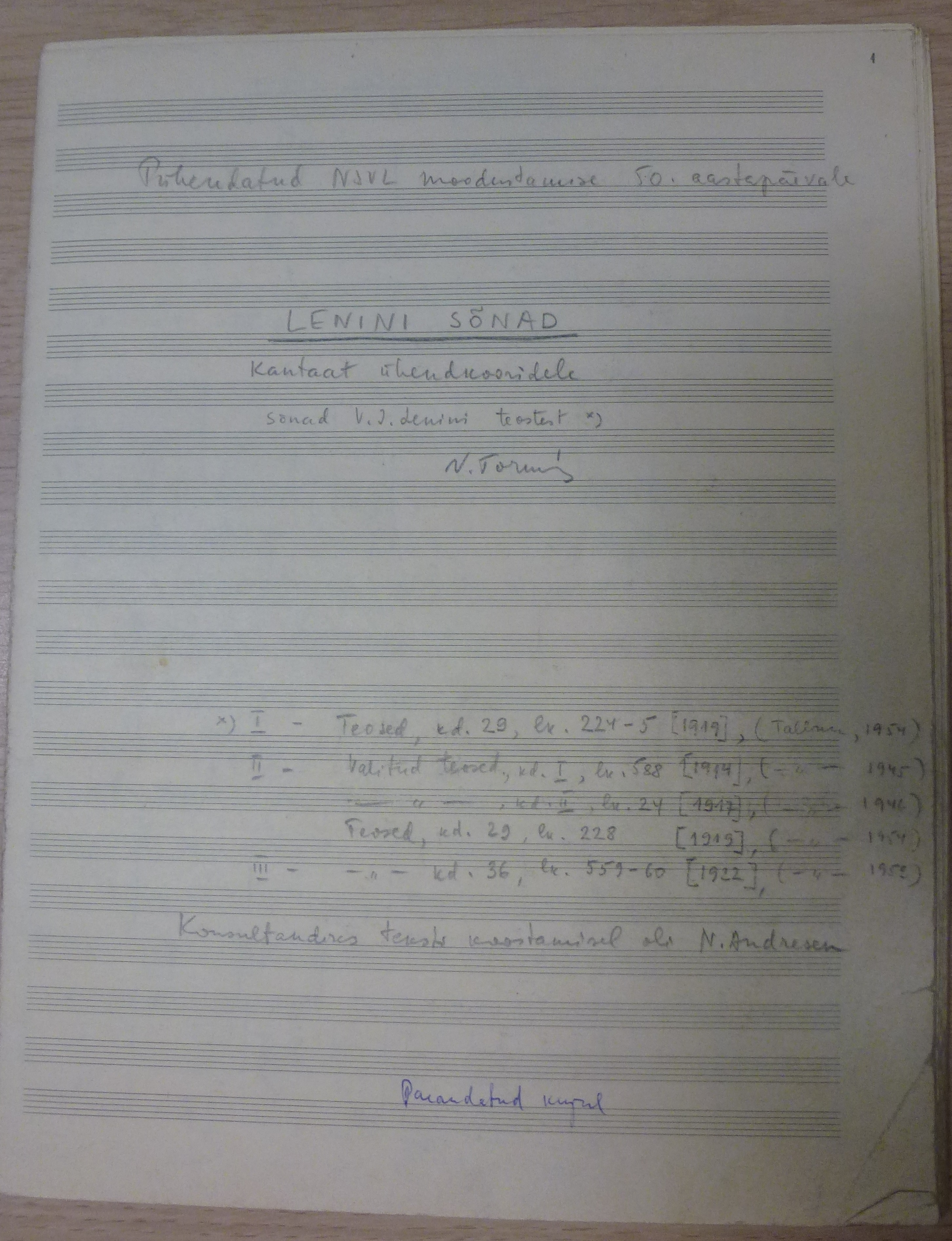 The cantata Lenini sõnad (Lenin's Words) is a purely ironic work. It was formally dedicated to the 50th anniversary of the Soviet Union. Tormis used extracts of texts by Vladimir Lenin. The irony lies in the fact that these were extracts which demanded equality between nations and the right of self-determination. Since the author was Lenin himself, the authorities could not blame Tormis for anything. Whether the authorities understood the irony or not remains unknown.

It has not been widely performed, and even not at all since the restoration of independence, but it is often quoted in the press as a curious case. This cantata is definitely not forgotten. For example, Lenini sõnad was one of the works mentioned in the obituaries of Tormis.

The original manuscript and a later written copy are currently stored in the Estonian Theatre and Music Museum.