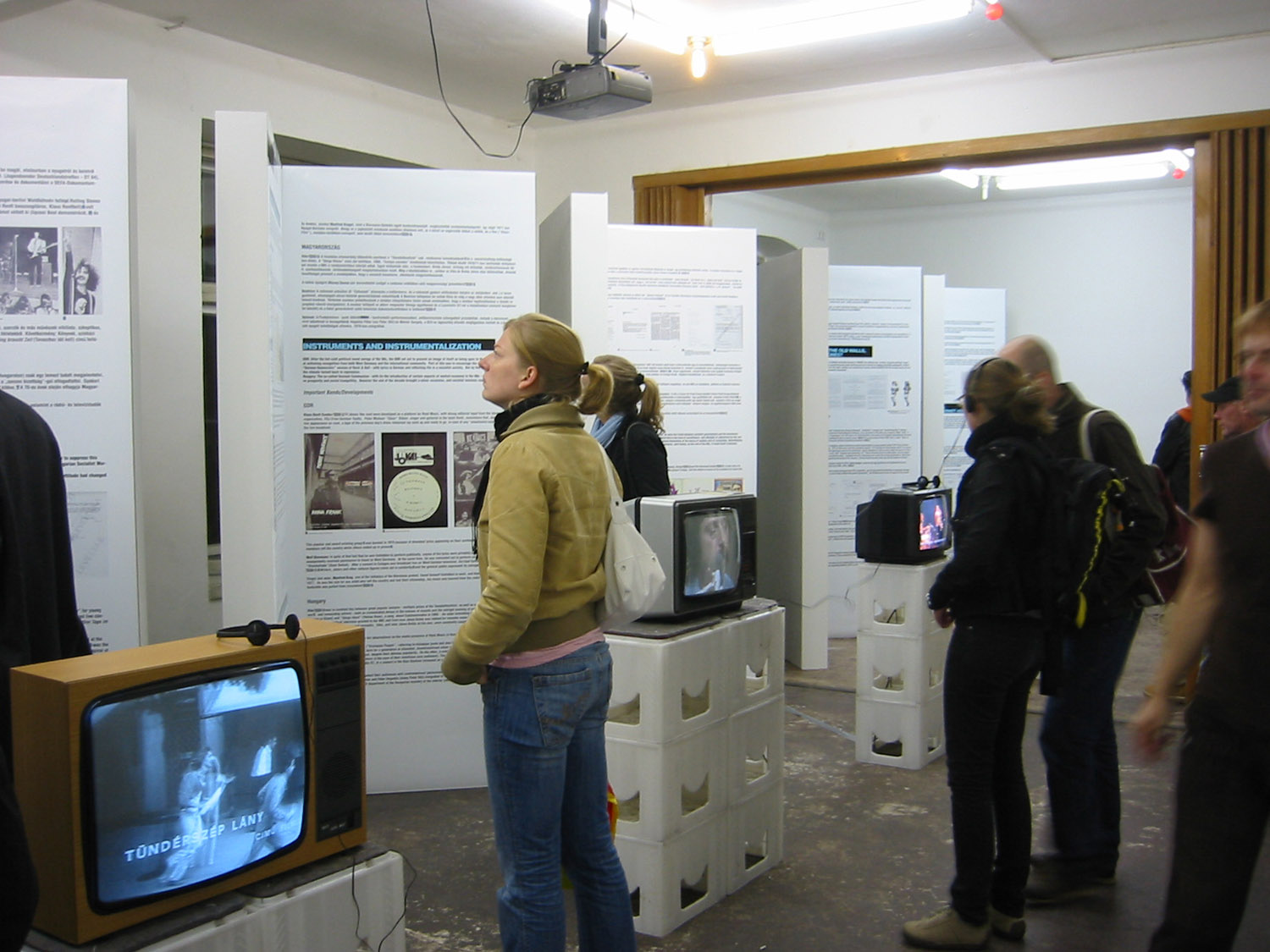 The exhibition presented music clips and music based short films/video art that for various reasons weren't shown in mainstream media (TV, cinema, venues like youth clubs) of their countries of origin or, if at all, only in censored form or at certain times of day. Many presented works are seldom seen clips from television, film and private archives – from acts such as Wolf Biermann, Klaus-Renft-Combo, Freygang, AE Bizottság, Kontroll Csoprt, Rammstein and Tankcsapda. The clips are complemented by interview statements by clip makers, musicians, state broadcasting employees, music television staffers and youth protection officials.

The clips and statements were presented on vintage TV sets from the respective eras in which the clips were made. Documents, photos, posters etc. provide additional information and context. This includes material that due to yout protection regulations is only accesible for visitors over 18 years of age.

Hungary and the GDR and post-1990 Germany are the focus countries. This allowed a comparison between a more open Socialist society and a repressive one and serves to counter a somewhat monolithic preconception of Socialism in Central and Eastern Europe while examing different forms of censorship. The exhibition did not end with the momentous events of 1989/90 but continued to the present day to highlight current debates about freedom of expression versus political correctness, as most recently exemplified by the controversy over racist and homophobic rap songs.

Based on a yearlong research endeavour (held partly at the Artpool Art Research Center), the exhibition presented materials including posters, videos and other documents (from / about Gergely Molnár, Trabant, VHK, Európa Kiadó, Bizottság, etc.) from the Artpool archive.