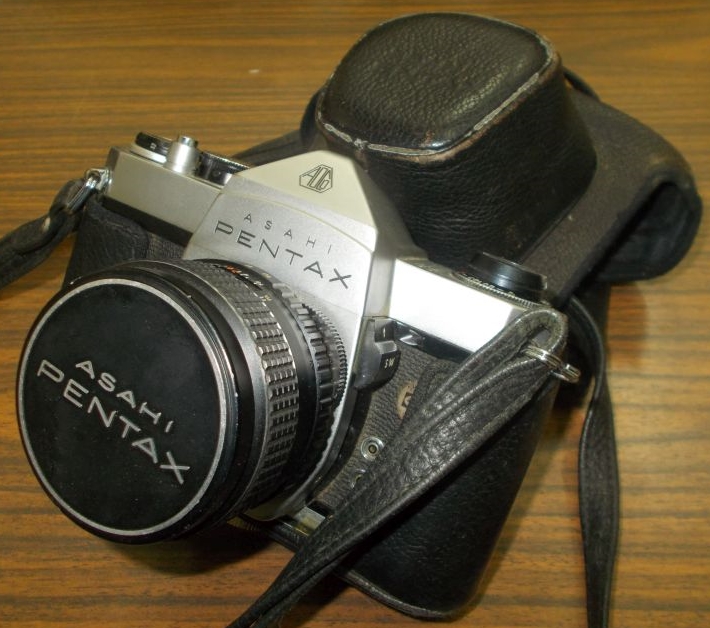 To take all the photographs that document the scale of the demolitions in the centre of Bucharest and that are to found in Alexandru Barnea’s collection, he used a Japanese-made Asahi Pentax camera. The predecessor of the Pentax cameras of today, this type of single lens reflex (SLR) camera for 35 mm film marked in its day a revolution in the field of photography and a source of inspiration for the other companies producing photographic equipment. In the period prior to the development of digital photography, Japanese SLR cameras dominated the world market, but they were a difficult product to obtain for someone living in an isolated country like Romania before 1989. Through a combination of circumstances, Alexandru Barnea came to be one of the few owners in Ceauşescu’s Romania of such a powerful camera for its time. He tells its story: “I think I’ve had this camera since 1975. It was from my father, Ion Barnea. He was well known in Italy as a specialist in Christian archaeology and the early history of Christianity – and one time he went to give a series of lectures there, particularly in Rome. And that’s where he got this camera. He met up with an old friend, also born in Romania – a great graphic artist, well known here and abroad, Eugen Drăguţescu. Like my father and myself, he had a passion for photography. Well, it was this old friend of my father’s who recommended this camera to him.”

Bought in a photographic shop in Rome, the camera has long been in the possession of the Barnea family, father and son alike. “My father used it and I used it too – especially for archaeological purposes. We both used it for about fifteen years until, as it was quite heavy to carry, we put it aside in favour of a smaller, more compact camera that was easier to transport. I took all the photographs in the series of demolition images with it. Some of them, as I said, with a bit of fear – because this camera had pretty audible click,” adds Alexandru Barnea.

As regards its technical details, he mentions that it was “very friendly, particularly as it ran on batteries which, although they could hardly be found in Romania, lasted quite a long time. Its focusing power was excellent; among other things you could set the distance very well, and this detail was of great help for my work. It could make almost any image clear, whether far away or close up. The zoom is manual. It can take Leika-type film, thirty-six pictures, narrow.” The Asahi Pentax, the camera kept in the Alexandru Barnea collection weighs around 2 kg and is still in working order.