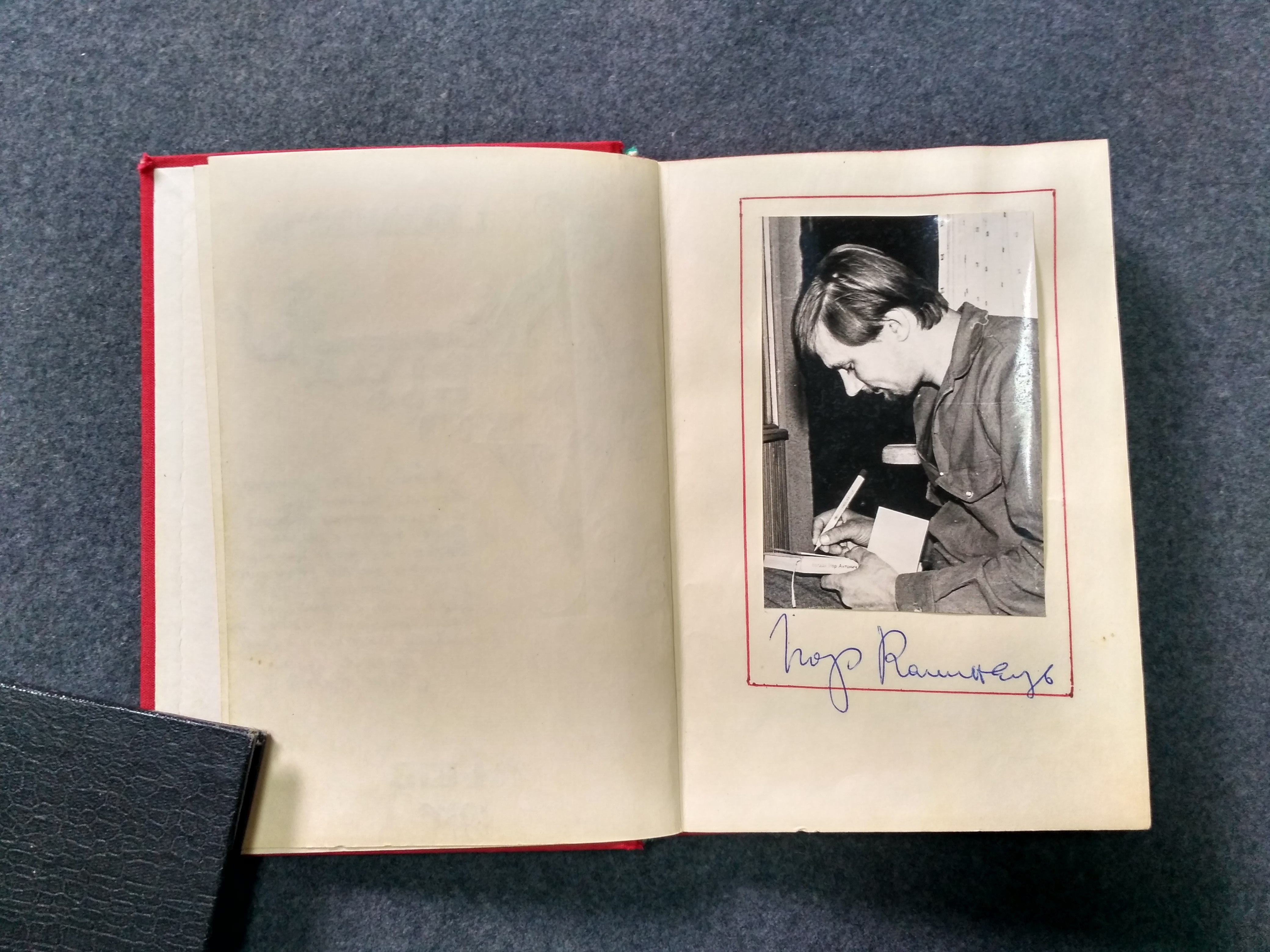 Ihor Kalynets was born in 1939 in the town of Khodoriv in western Ukraine, moving to Lviv in 1956 to begin the study of philology at Ivan Franko University, which he completed in 1961. After graduation, he worked in the county archives, until the moment of his arrest in 1972. Like many in his circle and his own wife Iryna Stasiv-Kalynets, he was charged with anti-Soviet agitation and propaganda and was sentenced to seven years of hard labor in Siberia and three years of exile.

Kalynets was a poet, and a member of the sixtiers movement, who tried to break the creative stranglehold of socialist realism. His first collection of poems Excursion (Ekskursiya), dedicated to the history, art and architecture of Lviv was positively reviewed, but never saw the light of day. By 1965, he and his wife were both under continuous surveillance by the KGB, but he continued to try to publish his poetry, which was printed in the journals "Zhovten'" and "Dnipro." His collection titled A Country of Carols (Kraina koliadok) never made it past the censors, though some of them were included in his next collection The Fire of Kupalo (Vohon' Kupala) published in 1966. All copies of it were immediately confiscated and suppressed, making Kalynets another poet whose only creative outlet was samizdat. He was also interrogated by the KGB and questioned about "suspicious places" (pidozrilykh mists'). Kalynets was essentially blacklisted after this. He was not only denied entry into the Ukrainian Writers Union but also asked to withdraw a planned publication titled The Opening of the Vertep (Vidchynennia Vertepu), which was eventually smuggled out of Ukraine and published in Belgium in 1970 as Poetry from Ukraine (Poezii z Ukrainy).

Publishing abroad also carried risks. The KGB initiated another investigation into Kalynets after his poems were spotted in the "nationalist press" in Munich in 1970. That year, the rearrest of historian Valentyn Moroz (imprisoned in 1965, released, and then arrested again) for his open and aggressive condemnation of the Soviet police state, particularly ongoing censorship, arbitrary arrests and routine cruelty, spurred his colleagues and friends, and the human rights community more generally, into action. Kalynets, his wife Iryna, and others signed petitions, letters to the Soviet leadership, and organized protests. In 1971, a volume of Kalynets' poetry dedicated to Moroz was published in Munich. Its title Reassessing Silence (Pidsumovuiuchy movchannia) attracted the attention of censors and the Soviet state.

The turning point for this Lviv circle of dissidents was the staging of a “vertep,” or portable puppet theatre and drama that presents the nativity scene, in January 1972 in a show of moral support for the arrests of artists, writers, and other dissidents who were either arrested in 1965 or faced continuous repression and surveillance in the years that followed. 19 of the 45 participants in this “vertep” were arrested in 12-14 January 1972, tried for anti-Soviet activities and sent to hard labour camps in Siberia, including Iryna Stasiv-Kalynets. Ihor Kalynets was arrested much later in August 1972 after a prolonged attempt by the KGB to pressure him into renouncing his own views and those of his wife, which did not succeed. The evidence against him presented in court included volumes of his own poetry, which had been published abroad, particularly the one that had been dedicated to Valentyn Moroz, as well as contacts with suspicious people and foreigners. He was sentenced to six years of hard labor and three of exile. He was sent to the strict regime hard labor camps in Perm (first Perm-35 and later Perm-36) where he worked in the laundry, and also continued the struggle for human rights, participating in a series of hunger strikes in 1974 in protest of arbitrary infringements on prisoner rights.

Kalynets was released in 1981, found work in Lviv as a librarian first at the district level and later at the library of the Academy of Sciences in Lviv. During perestroika, Ihor and Iryna Kalynets were actively involved in supporting artists and composers still being repressed by the Soviet regime. He was elected a deputy of the Lviv Regional Council in 1990 and after independence continued working and publishing. His poetry was translated into French and published in a large volume, and he has also written a number of children's books.