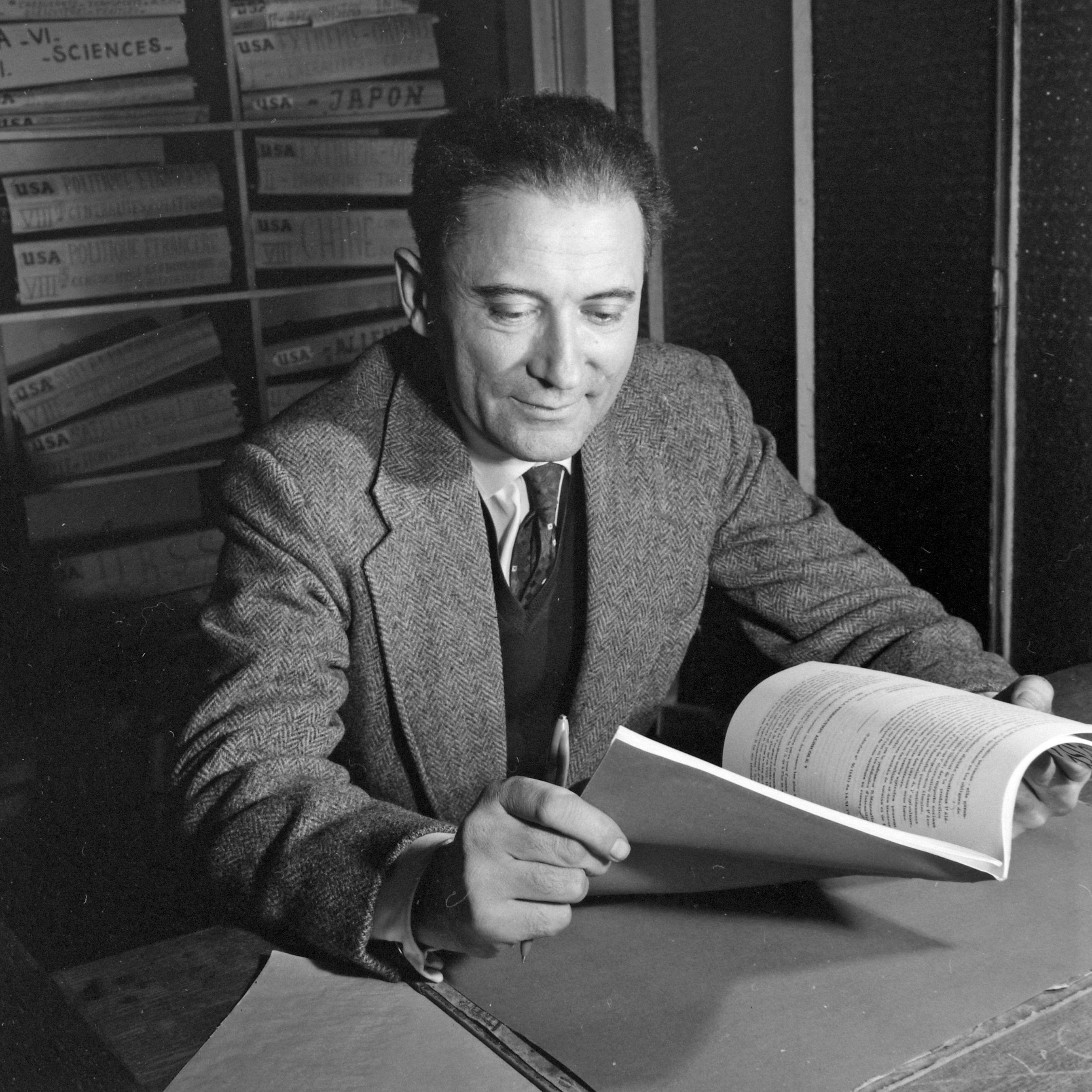 Ferenc Fejtő (1909–2008) was a Hungarian-born French historian, journalist, writer and political scientist. He was born in Nagykanizsa, to a Jewish-Hungarian family of booksellers and publishers. He studied in both Zagreb and Nagykanizsa. Fejtő applied to the Science University of Budapest and at Eötvös Loránd University, but because of the anti-Semitic, “Numerus Clausus” law, he could not attend those schools and instead studied Hungarian, French and German language and literature at the University of Pécs from 1927. Following the abolition of “Numerus Clausus”, Fejtő studied Hungarian and German language and literature at the Science University of Budapest from 1929. He was a member of the Bartha Miklós Society, and joined the illegal communist movement. In 1932, Fejtő was sentenced to one year in prison for organizing a Marxist study group. He diverged from the communists and became a social-democratic journalist. In 1935, together with the poet Attila József and the publicist Pál Ignotus, he founded the anti-Nazi and anti-Stalinist literary periodical Szép Szó. In 1938, following a six-month prison sentence for an article criticizing the German-sympathetic government, he left Hungary and moved to France. In 1943–1944 he took part in the French Resistance.

Between 1944 and 1979, Ferenc Fejtő worked as a journalist at the Agence France-Presse (AFP). He retired as a vice editor-in-chief. In 1946 he accepted the request of Mihály Károlyi, ambassador of Hungary in France, to lead the Hungarian press department at the embassy. In 1949 he resigned his position in protest against the show trial of his communist friend, László Rajk, and cut all connections with Hungary. He published his most famous book, A History of the People’s Democracies, in 1952, from which he earned international publicity. (He wrote the extended edition of the book in 1969.) Following the Hungarian Revolution (1956), Fejtő became an active member of Hungarian emigrants in France. In 1958 he became a member of the Association of Hungarian Writers Abroad. Between 1972 and 1984, as France’s most well-known specialist on Central and Eastern Europe, he taught at the Institut d'études politiques de Paris. Fejtő contributed to numerous French and non-French journals (Esprit, Commentaire, Le Monde, Le Figaro, Il Giornale, Magyar Hírlap, etc.). He was the president, as well as a member of, the Hungarian League of Human Rights, as a result of which, in 1988 he played an important role in organizing the symbolic funeral of Imre Nagy, Hungary’s prime minister who was executed in 1958. (Fejtő was one of the speakers at the ceremony held at the Pére Lachaise cemetery, in Paris.) He wrote several books on socialist regimes in Eastern Europe, the history of leftist movements, and Hungarian literature.