Erdély, Miklós. Poetry as a Self Assembling System, 1973. Work of art 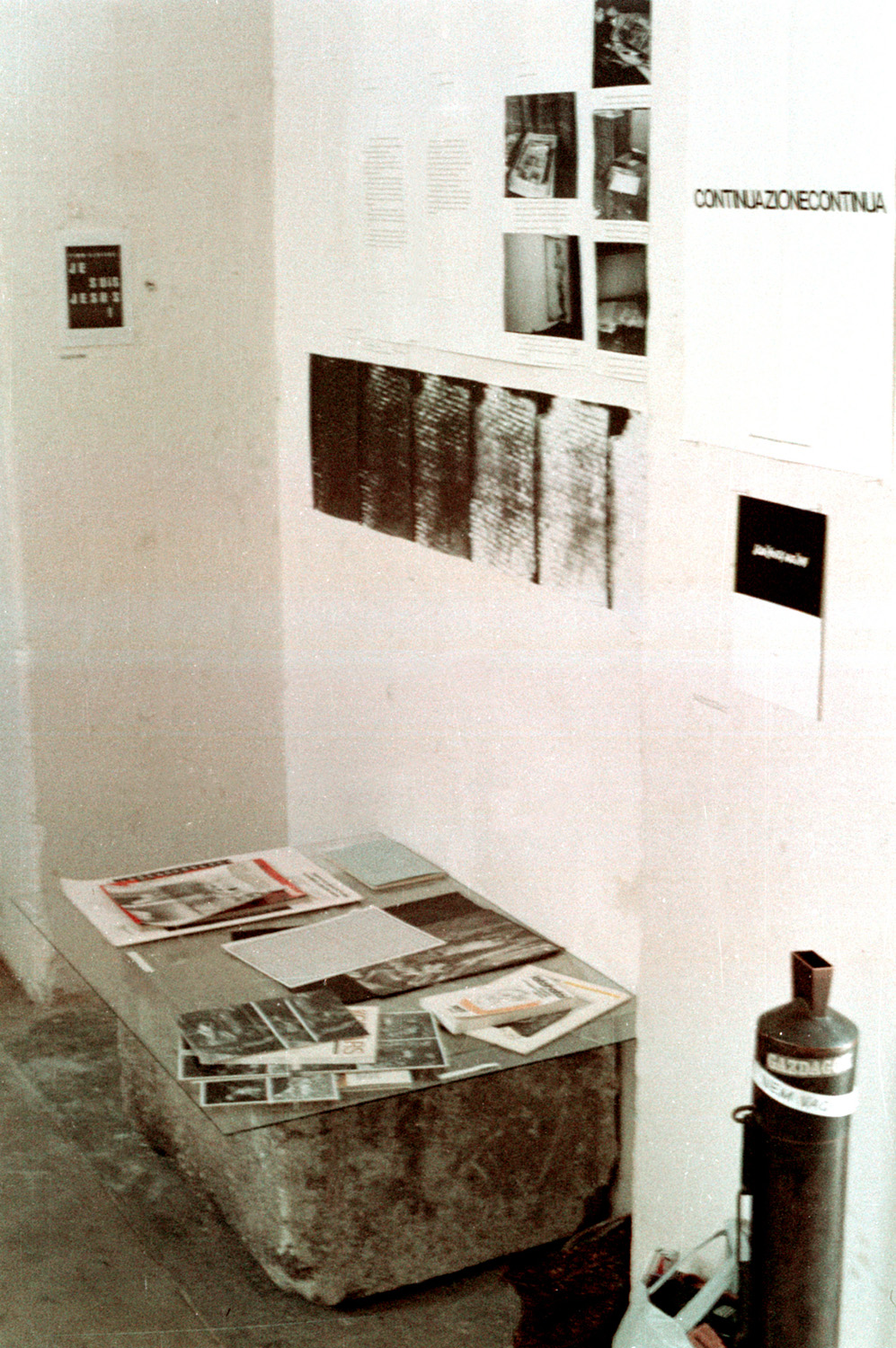 Miklós Erdély’s work Poetry as a Self-Assembling System reflects on the question of self-organizational systems through the example of poetry which was first exhibited at the exhibition Szövegek / Texts organized at the Chapel Studio in 1973. The work, which consists of six photos and five sheets of texts (referring to poetry as a formal and semantical system which is capable of (re)creating itself and being formulated without human intervention), can be considered a message of a world concept or a lesson on the technique of living. “Objects and texts, etc. such as molecules […] find their »geometrical places« in a poetical meaning.” The concept of applying the idea of self-assembling to social systems and everyday processes became particularly important for György Galántai during the time of his retribution after the Chapel Studio was closed by force. In 1994, which was dedicated to the oeuvre of Miklós Erdély at Artpool, Galántai organized the event Self-Assembling Afternoons as an homage to Erdély.