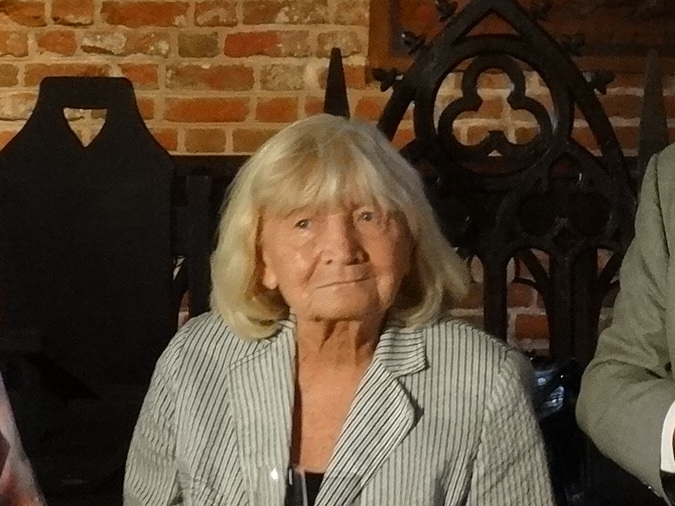 Eva Kantůrková is a Czech writer, signatory and spokeswoman of Charter 77. She studied philosophy and history at the Faculty of Arts at Charles University in Prague. From 1967 she worked as a professional writer and published in official periodicals. However, the situation changed after the occupation of Czechoslovakia by Warsaw Pact troops in August 1968, as Kantůrková criticized the emerging “Normalization”. Later she also signed Charter 77 and was its spokeswoman in 1985. In May 1981 she was arrested and released without a trial in March the following year. During “Normalization” her books could not be published officially. Therefore, she published in samizdat volumes. She also organized two samizdat works recalling the journalist Václav Černý and the work of the historian Josef Pekař. She contributed to exile periodicals (Listy, Svědectví, Obrys, Rozmluvy) as well.

After the Velvet Revolution, she became active in civic and political life. She was one of the founders of the Občanské forum (Civic Forum) and a member of the Chamber of Deputies from 1990–1992. Kantůrková was involved in cultural politics, and was head of the Writers’ Association from 1994–1996 and 2005–2007. From 1998–2000 she worked at the Ministry of Culture. She was a member of the council for radio and television broadcasting from 2003–2009. She wrote also several books after 1989.

Eva Kantůrková’s literary work is characterized by political and social criticism, which became more abrasive in the 1970s. Her strong motifs include allegories of the past and present, the individual and the collective. She has also been acclaimed for the three-dimensional psychological portrayals of her main characters. Kantůrková has been awarded several prizes: The Tom Stoppard Prize (1984) , The Jan Palach Prize (1989), The Egon Hostovský Prize (1999), and The Ladislav Fuks Award (2008).