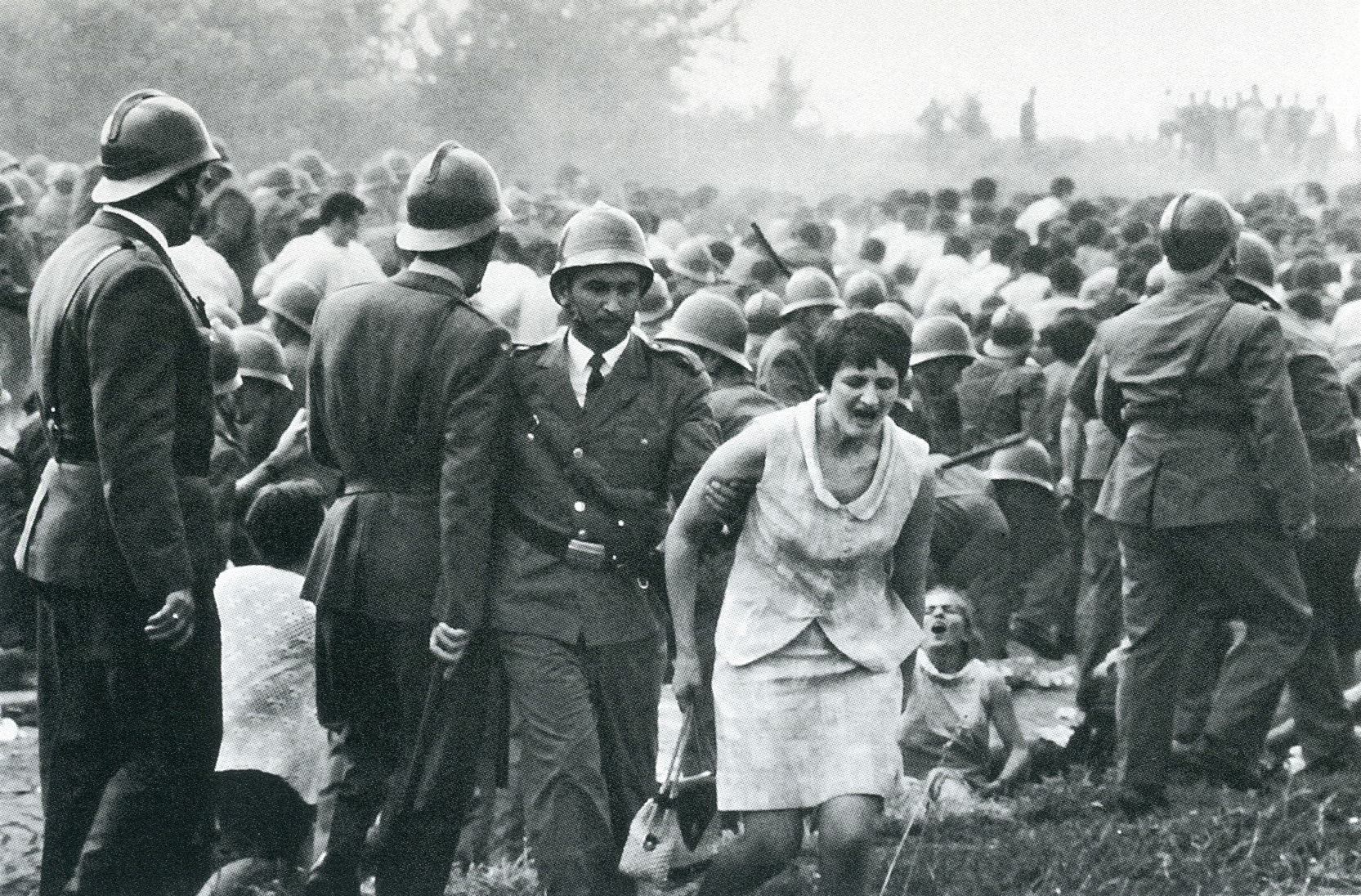 This photograph is from the ‘Red University’ series that shows scenes of the clashes between militia and students in 1968. On June 3, 1968, students from Belgrade University set off from New Belgrade towards the building of the rector’s office located in the old part of the city with the intention of demonstrating and stating their demands. They were soon stopped by a militia cordon. Veljko Vlahović and Miloč Minić, top officials in the League of Communists of Yugoslavia, spoke to the students and tried to convince them not to rally. However, militia and students clashed, resulting in injuries to at least four people. The following day, the students occupied the building of the rector’s office and proclaimed their programme. One of their demands called for changing the university’s name to the ‘Karl Marx Red University’. The occupation lasted seven days, while the protests spread to Yugoslavia’s larger university centres. It was ended by a television address by Josip Broz Tito in which he allegedly supported the students, acknowledging that irregularities did exist and should be removed. At that time a photo reporter with the Belgrade weekly ‘NIN’, Tomislav Peternek recorded the shocking scenes of the riots at the overpass in New Belgrade.