Demonstration of the people involved in the culture community 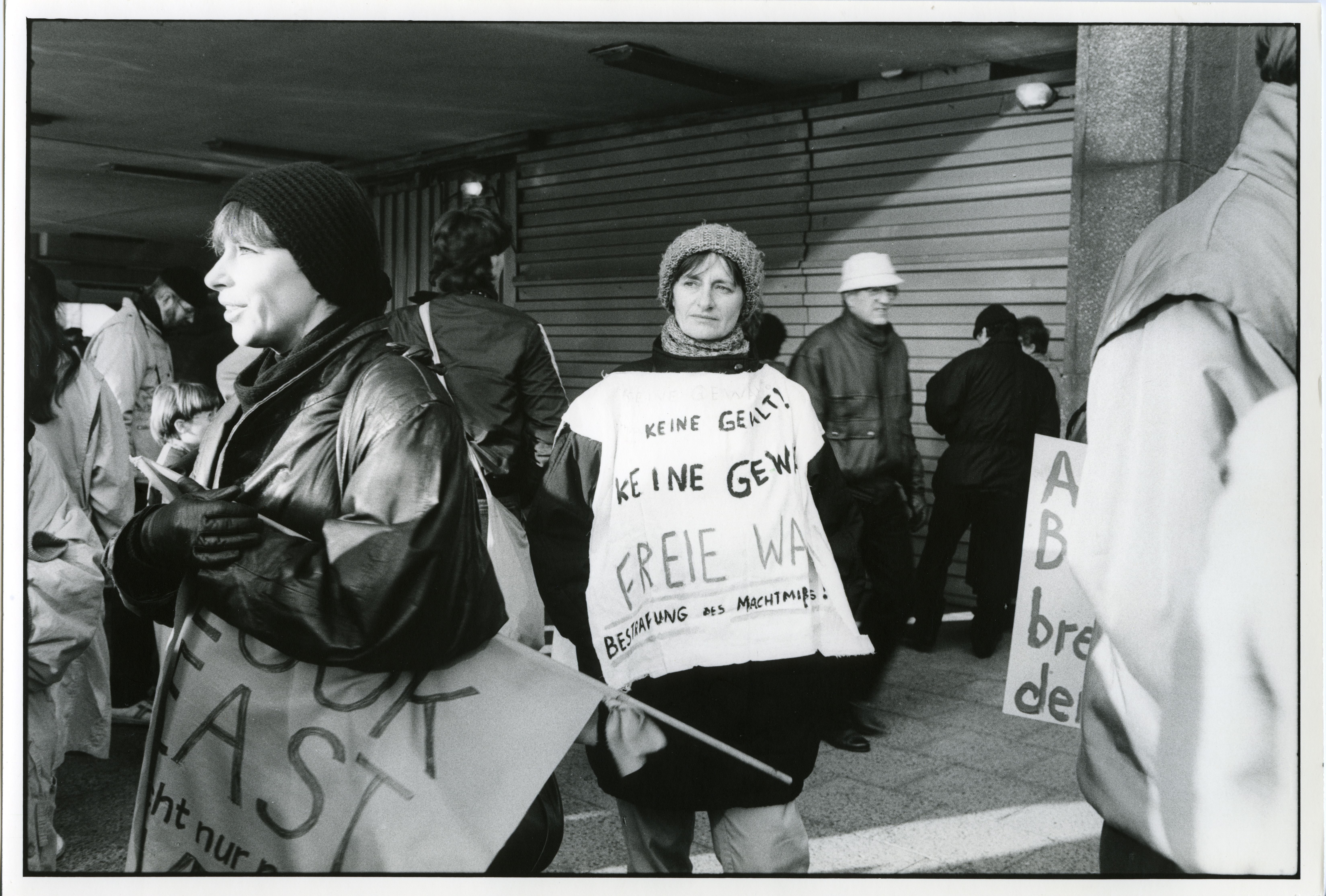 The German Historical Museum in Berlin acquired a series of photos capturing the demonstrations of Autumn 1989 in Berlin. Among these Nagel documented the protests against the election of Egon Krenz as a follower to Erich Honecker, the massive demonstrations at Alexanderplatz on November 4th 1989, as well as the protests against discrimination of foreigners organised by the 'Neues Forum' among others.

Nagel often depicted his images within a neutral context showing fewer people. Only in his photos documenting protests during the autumn of 1989 people became his main focus. During the November demonstrations in Berlin, Jürgen Nagel was actively present documenting also the protests of various actors involved in the creative scenes asking for democratic elections in the GDR and no violence. Himself was actively contributing to the demonstrations organised by the 'Neues Forum' and brought his contribution to drafting the protest resolution of the Union of Artists.
This image was taken during the demonstration of the people involved in creative industries in the GDR on November 11th of 1989.