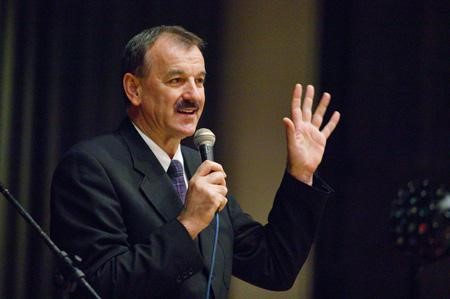 Šimun Šito Ćorić is a Croatian theologian, writer and psychologist, an ordained priest of the Franciscan Order. Born in Paoča in 1949 near Međugorje (Bosnia-Herzegovina), he earned a degree in philosophy in Sarajevo in 1973, and then in theology in Lucerne (Switzerland) in 1975. He earned a psychology degree from Columbia University in 1982, and then a PhD in clinical psychology at the Faculty of Humanities and Social Sciences (University of Zagreb) in 1988. Some of his books and articles have been translated into English, French, German, Italian, Spanish and other languages. He is a professor of psychology at the University of Mostar, University of Zagreb and University of Osijek, and has lectured for eight years at the University of Zadar. From 1994 to 2005. he served as president of the Croatian World Congress (HSK), the largest Croatian international organisation. He is the national coordinator of the Croatian Catholic Mission in Switzerland. Under the pseudonym Boris Katich, he published the book So Speak Croatian Dissidents in 1983, with which he attempted to warn the world public about the unenviable position of Croatia in Yugoslavia, and especially the unfortunate status of Croatian dissidents and oppositionists persecuted and imprisoned in Yugoslavia.