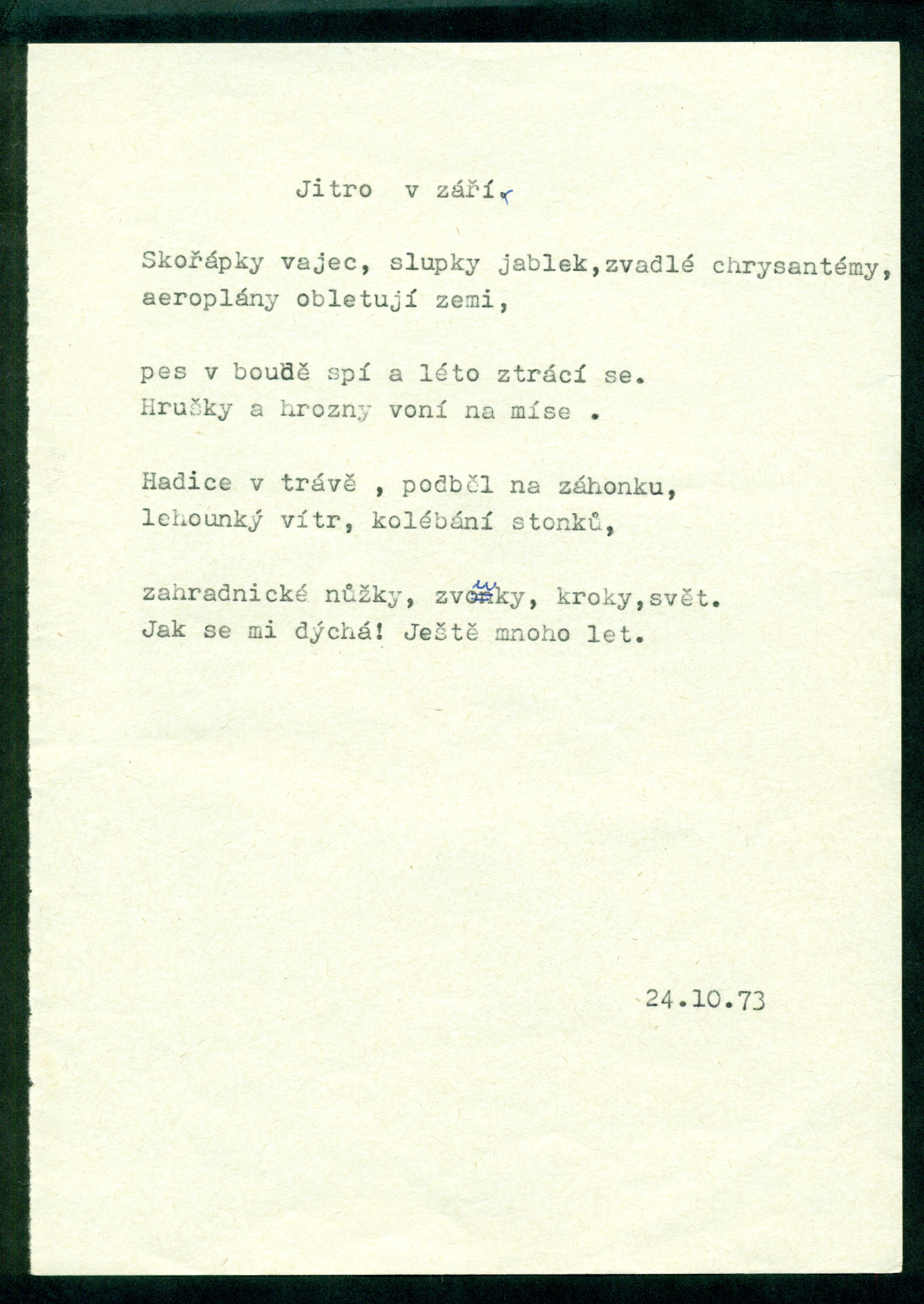 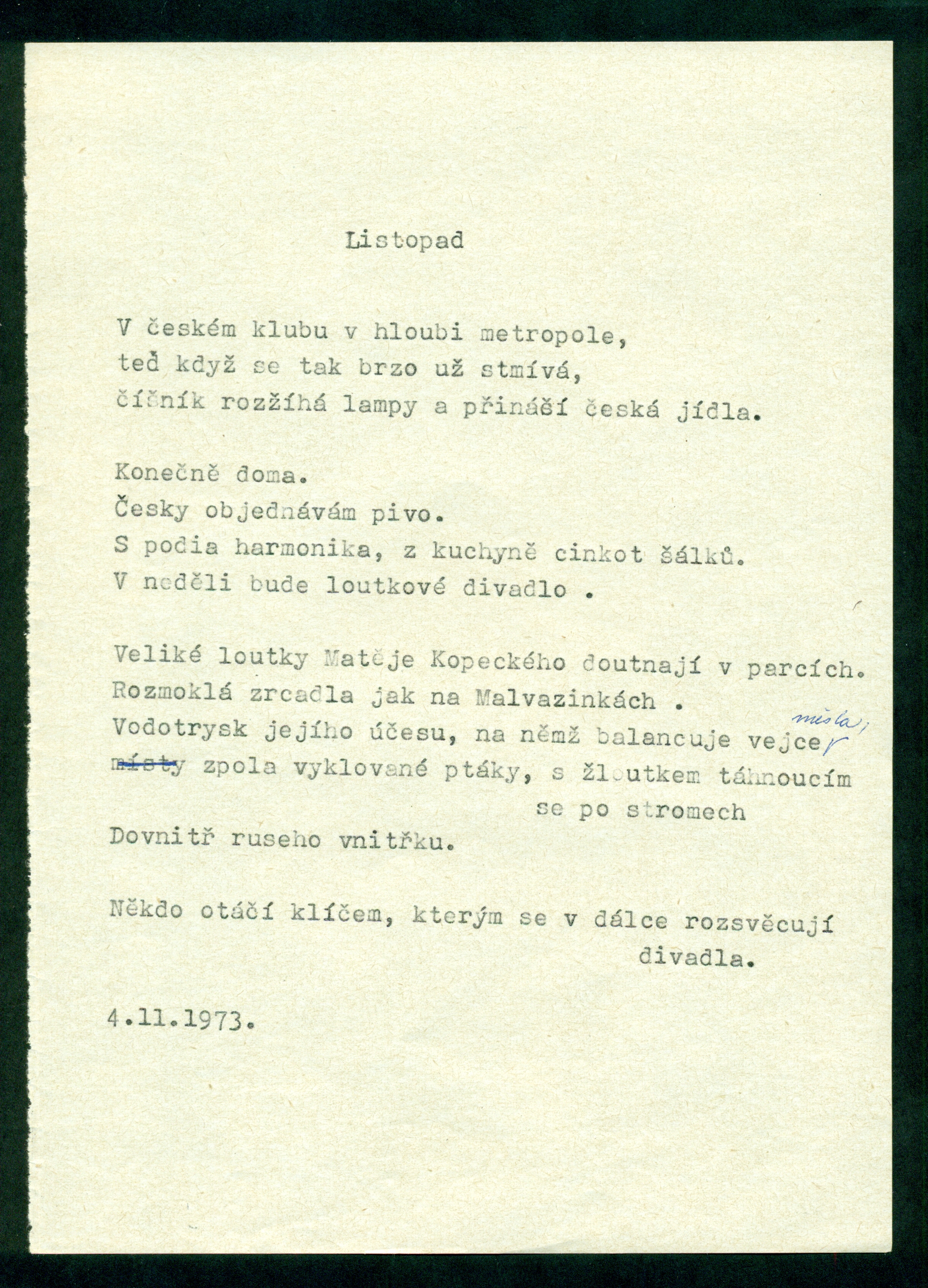 In 1977, English nurse Frances Meacham began to collect Ivan Blatný’s manuscripts of poems. She also sent some poems to Josef Škvorecký, a Czech writer living in exile in Toronto, Canada. Škvorecký decided to publish Blatný’s poems and thus, the collection of poems Old Addresses (Stará bydliště) was issued by the Czechoslovak exile publishing house Sixty-Eight Publishers in 1979. The collection was compiled during years 1978 and 1979 by Czech poet Antonín Brousek, who emigrated to West Germany in 1969.  In accordance with Josef Škvorecký’s request, Brousek intentionally did not include multilingual and “modern” poems. On the contrary, he chose rather lyrical poems that resembled Ivan Blatný’s texts from the beginning of the 1940s. Josef Škvorecký justified this decision stating that their clients (readers of books issued by the publishing house Sixty-Eight Publishers) are usually “elder emigrants, who already had preconceived notions about poetry”. Although Old Addresses did not reflect Blatný’s modern style, the issue of this collection in 1979 was crucial. It resulted in better knowledge of Blatný and his work in exile, and Blatný was rediscovered by Czechoslovak readers, mainly those in exile and dissent circles. This book circulated in Czechoslovakia, where it was disseminated through illegal typescript copies. As Czech literary historian Jiří Rambousek stated later, it “created a small literary sensation.” Thus, it was not surprising that Old Addresses was also published by the Czechoslovak samizdat edition “Czech Expedition”. Moreover, it encouraged Blatný himself to continue in his literary work. Since 1989, this collection has officially been published in Czechoslovakia, and later in the Czech Republic, four times (1992, 1997, 2002 and 2014).

The Museum of Czech Literature possesses a copy of the typescript of the collection Stará bydliště (Old Addresses) with handwritten notes.