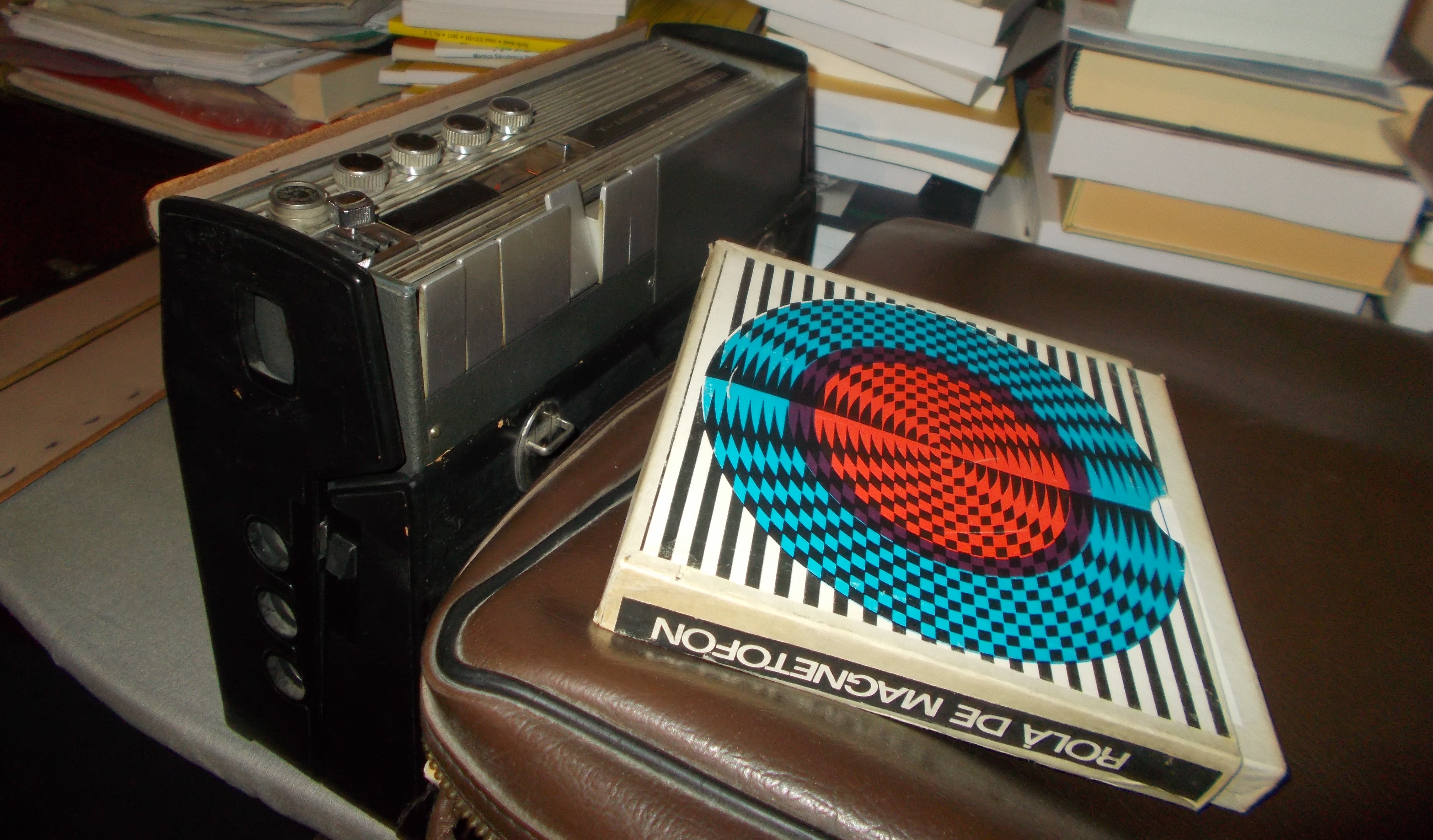 This tape recorder is the instrument with whose help over 1,000 hours of interviews were recorded in the course of Zoltán Rostás’s oral history project. It is a professional tape recorder, of West German manufacture, weighing approximately 7 kg, and is still in good working order, more than four decades after it was used for the first time. The UHER tape recorder has four recording speeds. Zoltán Rostás mentions that, in order not to have to manoeuvre the microphone attached to the tape recorder very often, and thus to avoid deterioration in the quality of the sound recorded, he used the instrument at the lowest speed. In this way, the recording capacity was considerably extended, and could be as much as five hours for a narrow magnetic tape.

Initially, this tape recorder belonged to the editorial office of the Hungarian-language publication A Hét (The week), where Zoltán Rostás worked before 1989. Identical audio instruments were also in the possession of the national radio and the Institute of Folklore, as they were very sturdy, durable pieces of equipment with an excellent recording capacity. “At the national television there were even better ones, Nagra. But I think I managed very well with my UHER. Which in fact, initially wasn’t actually mine. It was only after 1989, when the instrument was discarded, that it came into my possession,” mentions Zoltán Rostás. The UHER instrument is now in Zoltán Rostás’s home, close to the hundreds of tapes recorded with oral history testimonies. The great majority of the tapes used and now in the Zoltán Rostás private collection were Munplast, of Romanian manufacture.