Memorandum of Ion Cioabă and Nicolae Gheorghe to Vasile Vâlcu, prime-vice-president of the State Council of the Socialist Republic of Romania, 11 October 1982 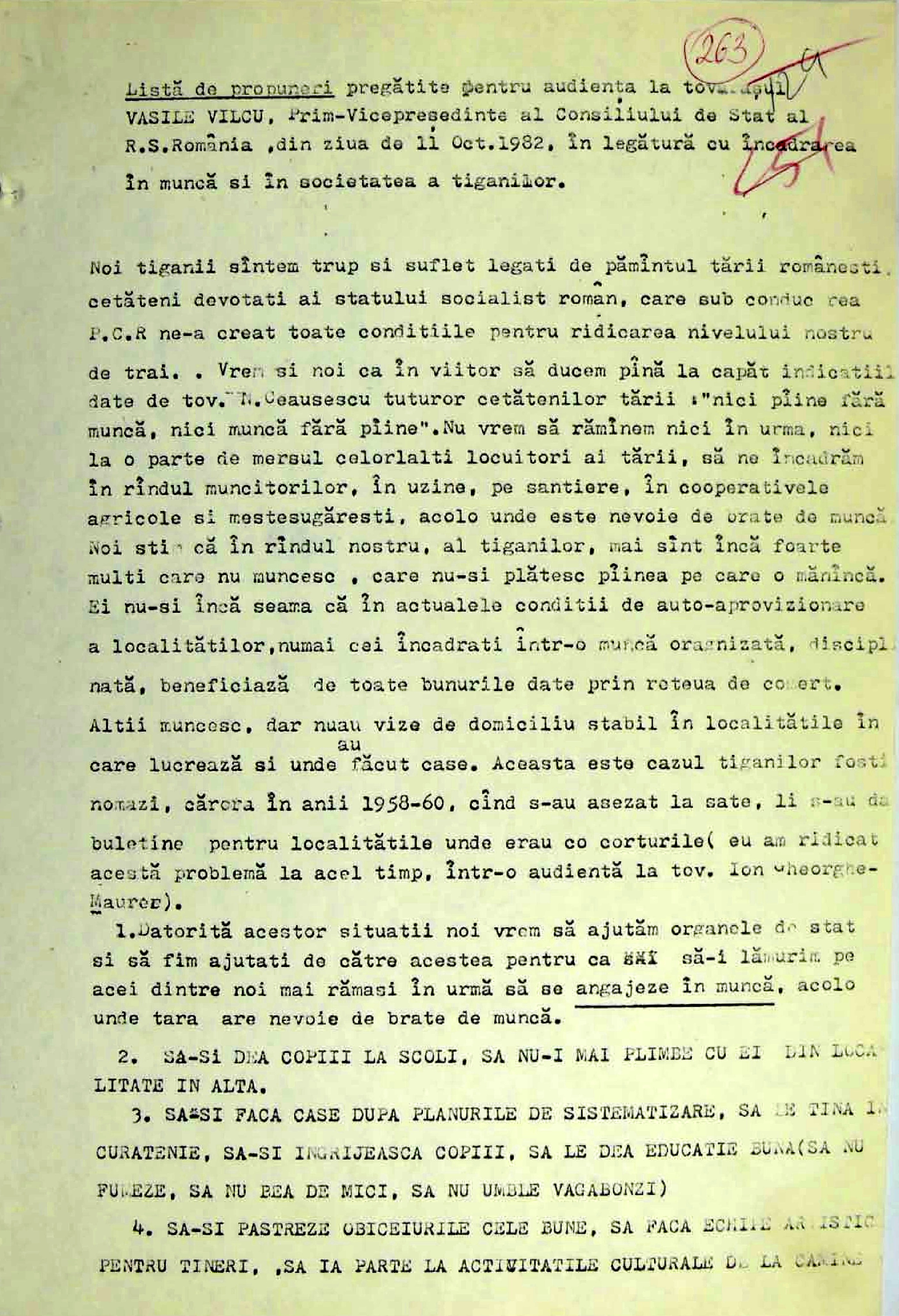 The memorandum signed by Ion Cioabă and Nicolae Gheorghe was presented to Vasile Vâlcu, the prime-vice-president of the State Council of the Socialist Republic of Romania, during an audience on 11 October 1982. It contained a complex list of proposals for “the integration into work and society” of Roma that mirrored faithfully the results of Gheorghe’s research and his ideas about solving their problems.

After stating that “the Gypsies” considered themselves “devoted citizens of the Romanian socialist state, which, under the leadership of the Romanian Communist Party, ensured all the conditions for raising our level of living,” the two signatories raised the question of those nomadic Roma who did not enjoy the benefits of socialist modernisation. For those Roma who continued to live on the edge of poverty due to their nomadic lifestyle, the two Roma leaders devised a complex set of measures that would help them integrate into mainstream society. These included the sedentarisation of Roma by offering them jobs and a place to live, the schooling of Roma children, the participation of Roma people in social, cultural, and educational activities in order for them to learn the rules of living in a society, the observance of their particularities as a minority group, and the creation of a commission to ensure the implementation of these measures and the representation of Roma at the local and central level. Although the memorandum received no answer and the communist regime continued its policy of forced assimilation of Roma, its authors were not prosecuted by the authorities.