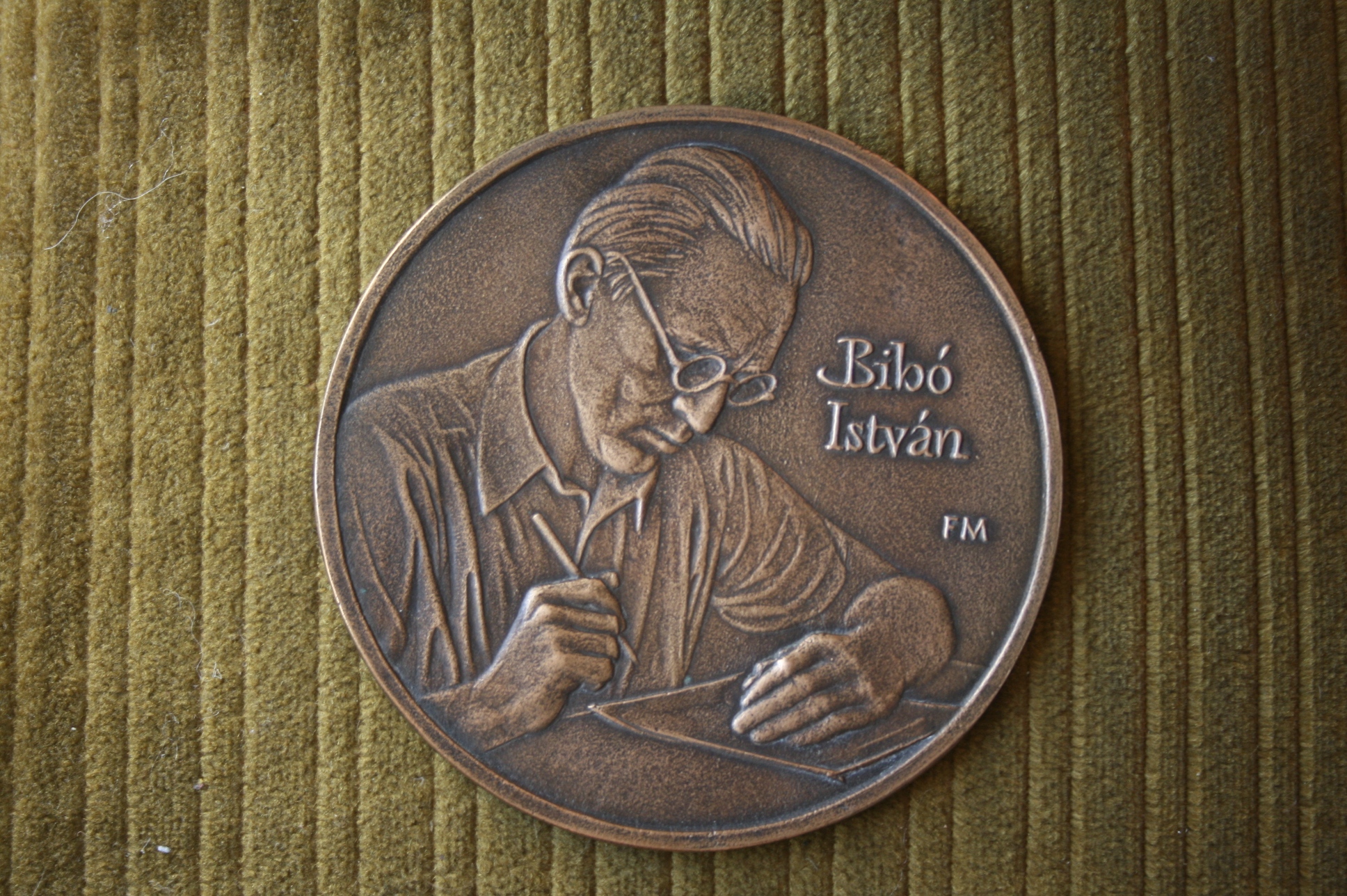 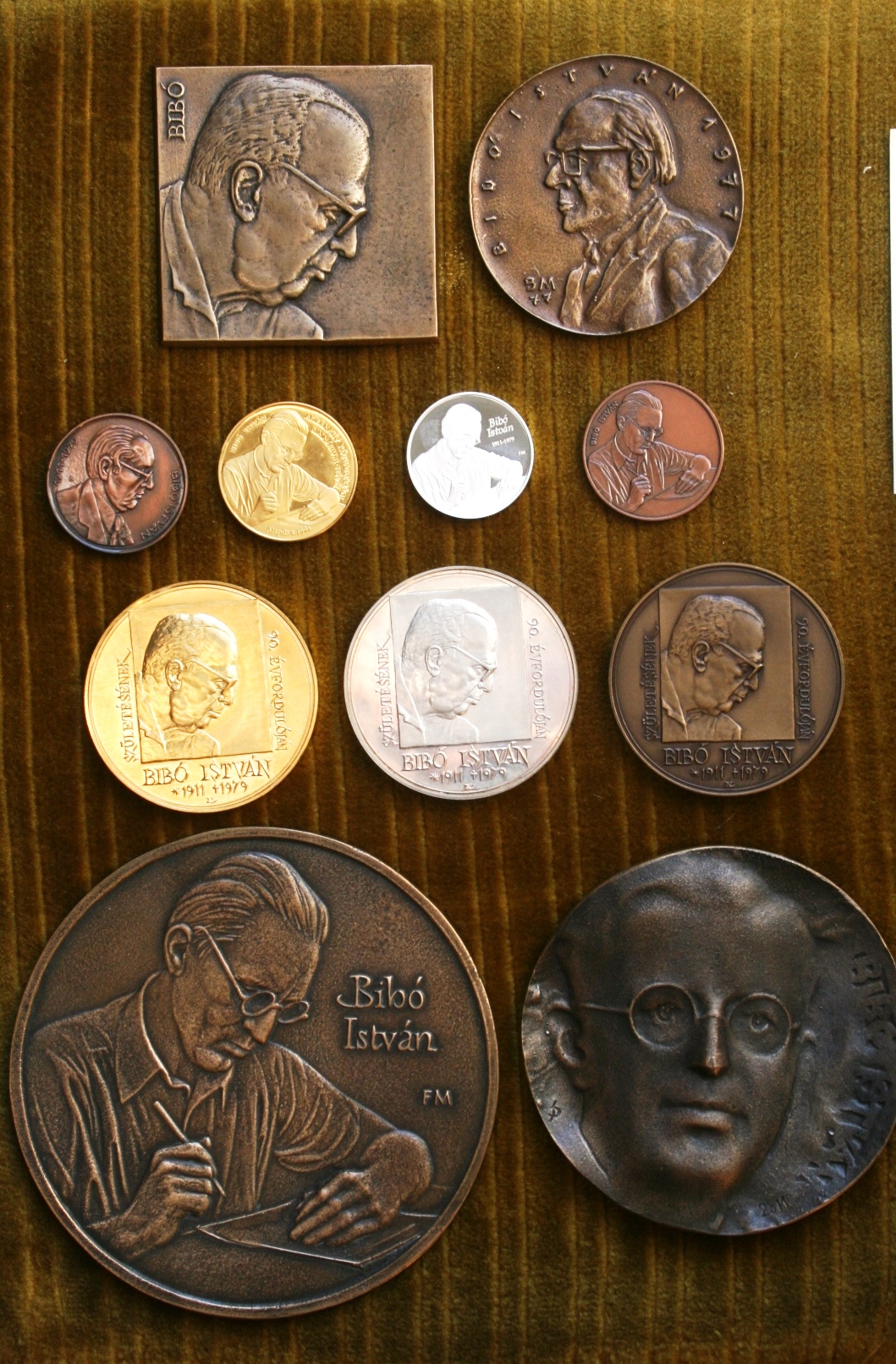 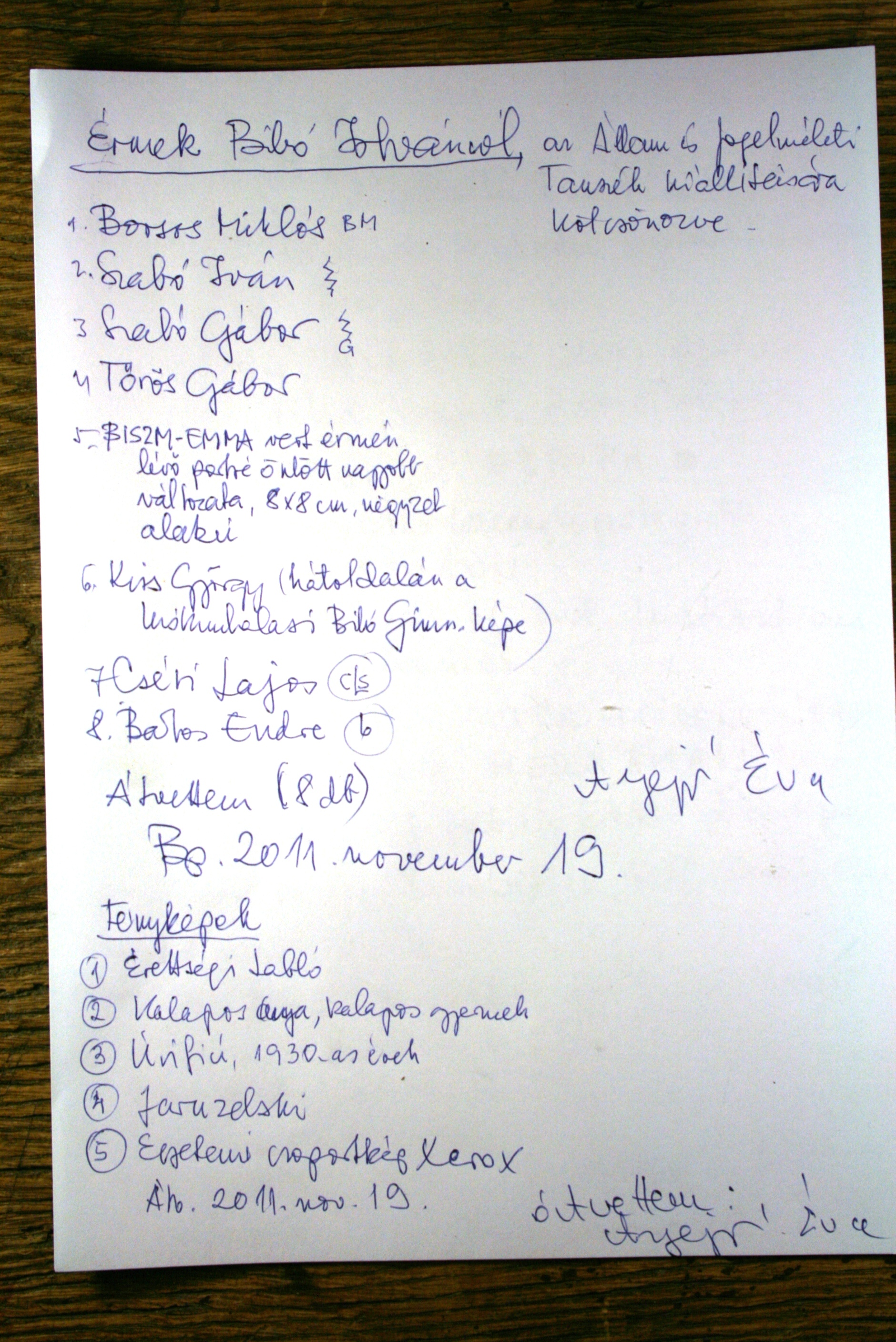 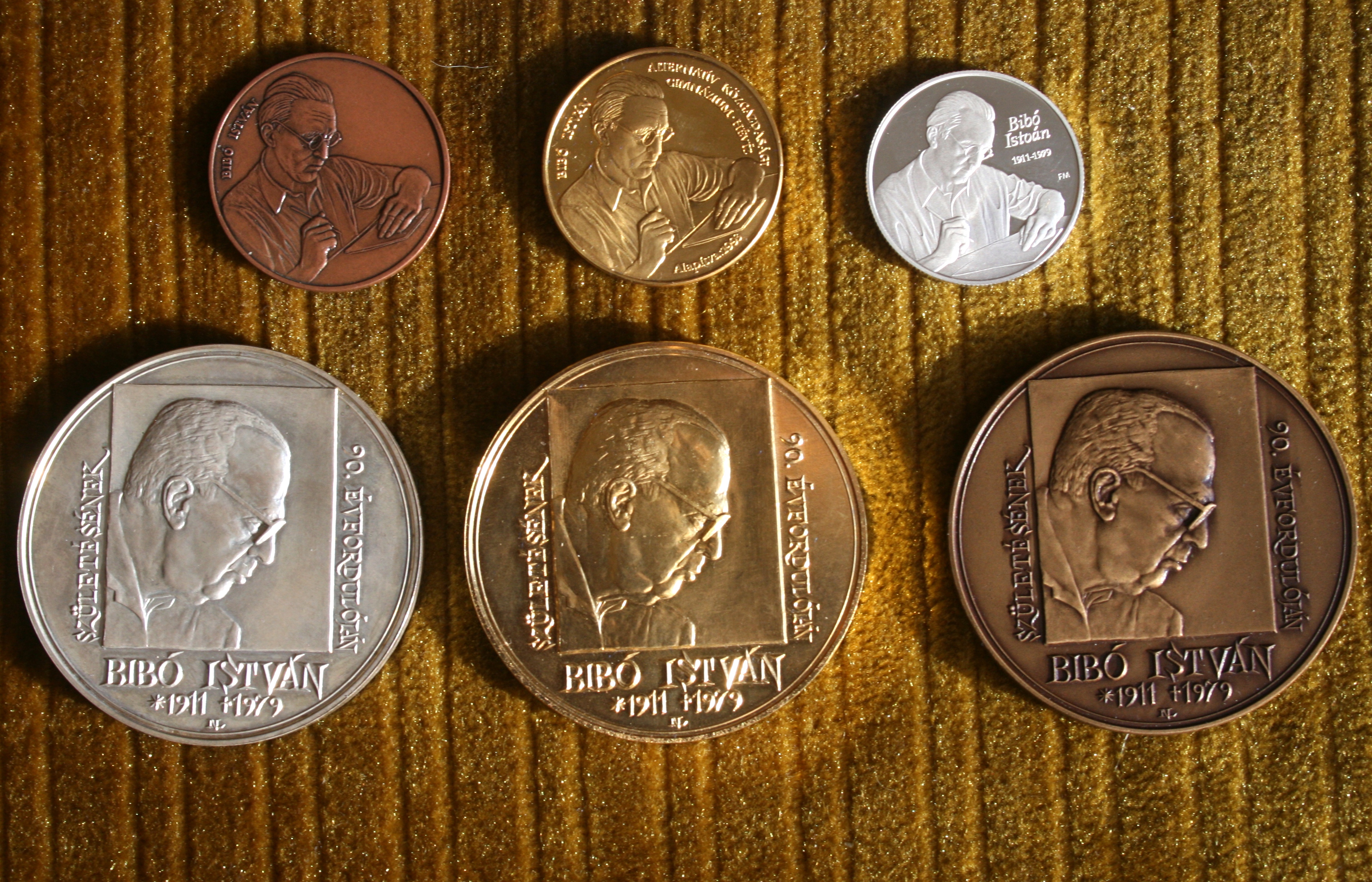 Art historian and educator István Bibó Jr. is a specialist in eighteenth-century and nineteenth-century architecture, but he also takes an interest in a number of other fields, such as literature, music, fine arts, history, religion, folklore, and numismatics.

The Family Collection of István Bibó’s Heritage, of which Bibó Jr. has been the main caretaker for almost 40 years, also has a special numismatics sub-collection including a good dozen memorial coins and plaquettes made in homage to his father. The first of these was made in 1977, when Bibó was still alive, by his close friend, the famous Hungarian sculptor Miklós Borsos, as a present. The other memorial coins and plaquettes were made after Bibó’s death in May 1979 by different masters and for different occasions, e.g. as prizes founded by some societies and schools in his name or for the celebrations of his 100th birthday in 2011.

István Bibó Jr. readily lends materials from his numismatics sub-collection for public events, such as exhibitions dedicated to his father's memory, as was the case for instance in 2011, when he lent the collection to the Centenary Bibó Exhibition organized by the Eötvös Loránd University Budapest. (See his handwritten list of items put on loan, with the creators’ names attached.)